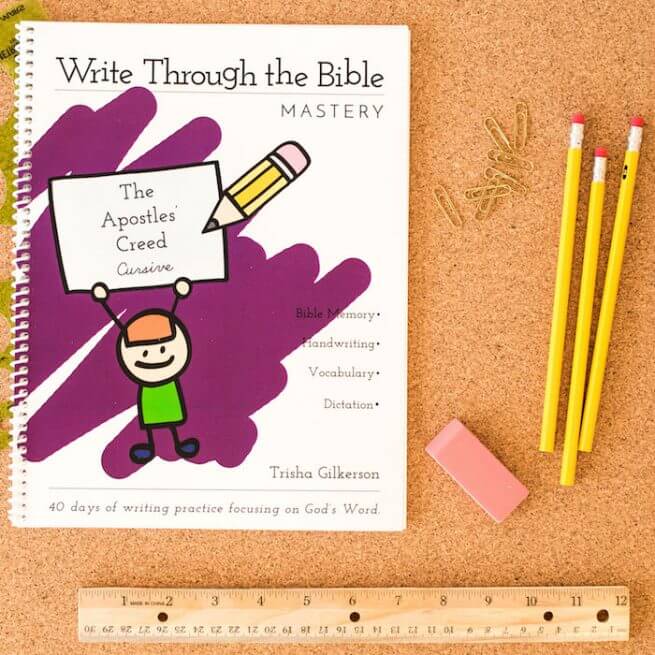 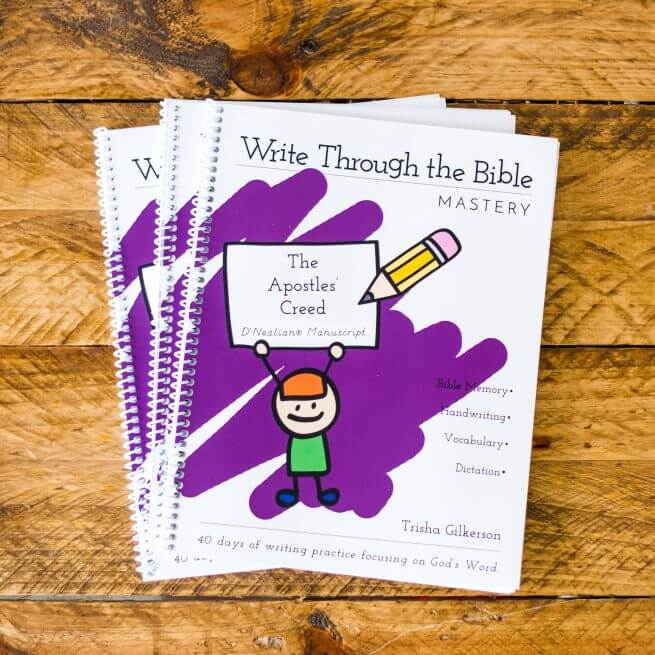 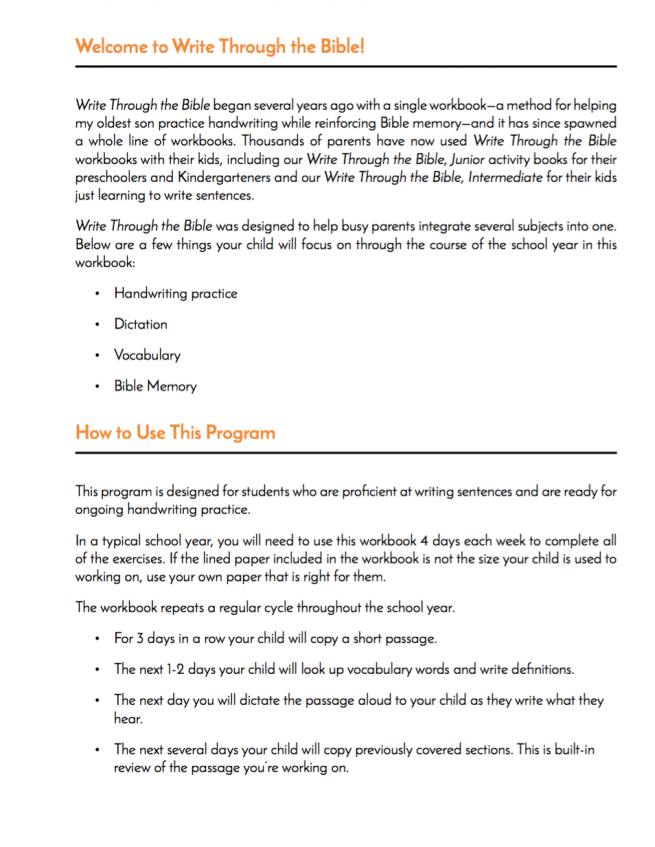 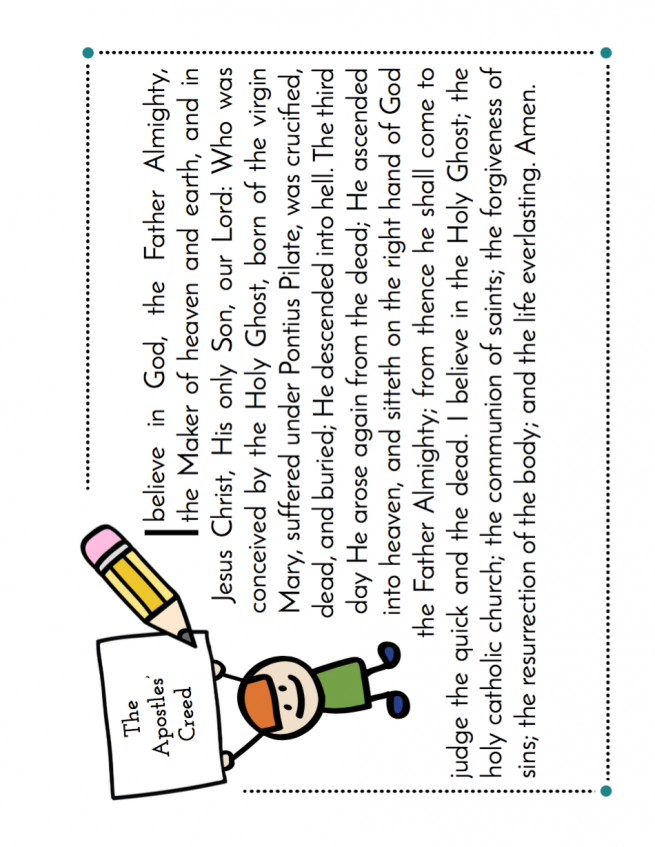 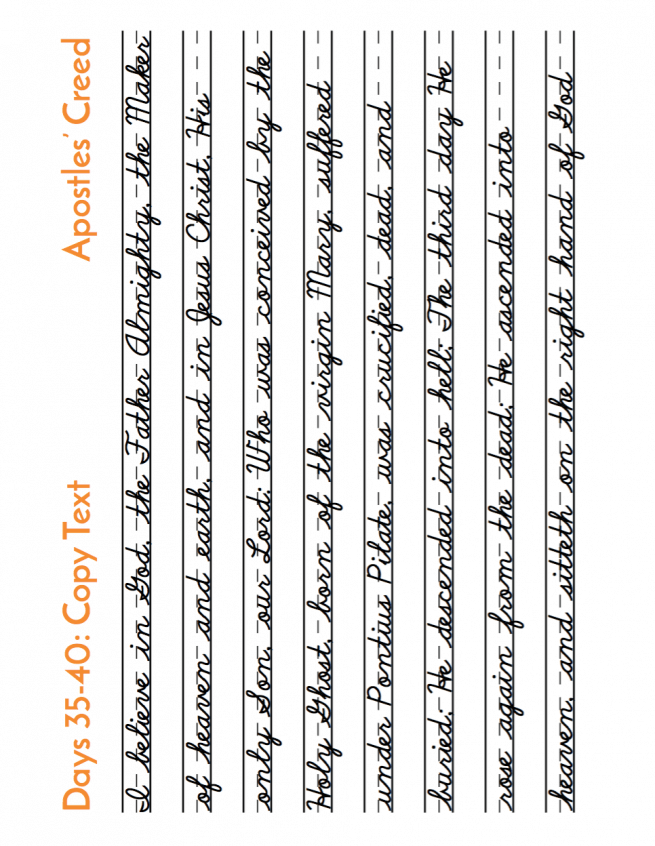 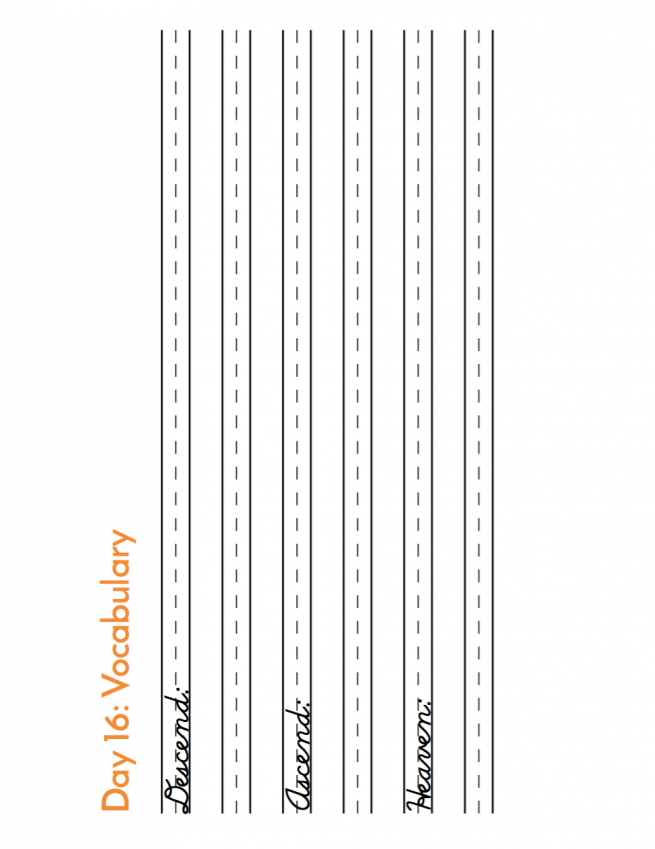 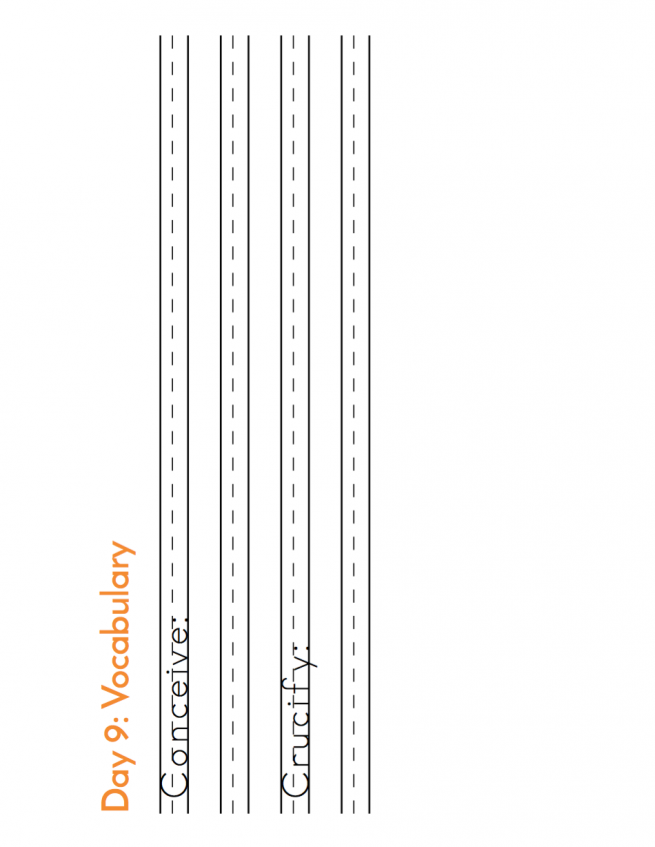 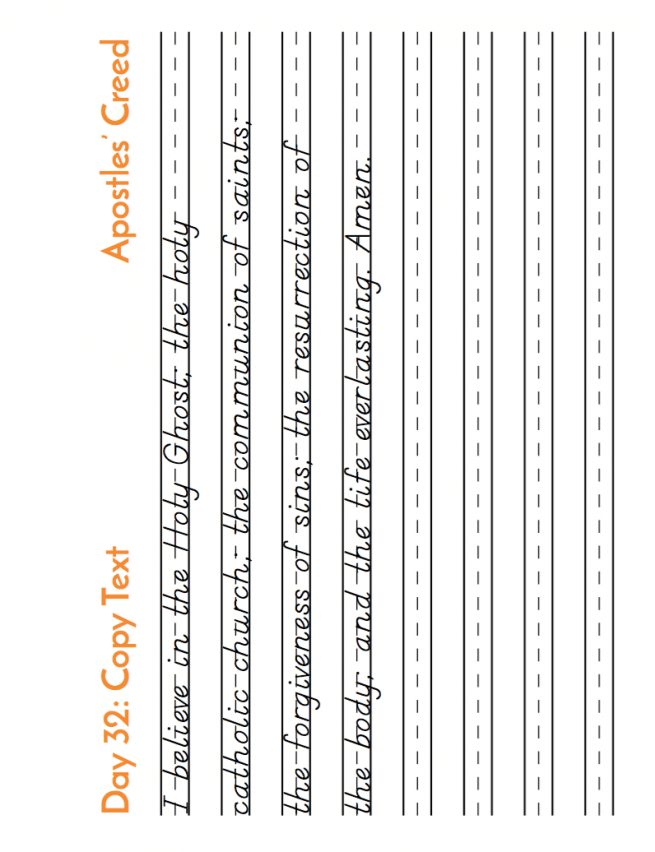 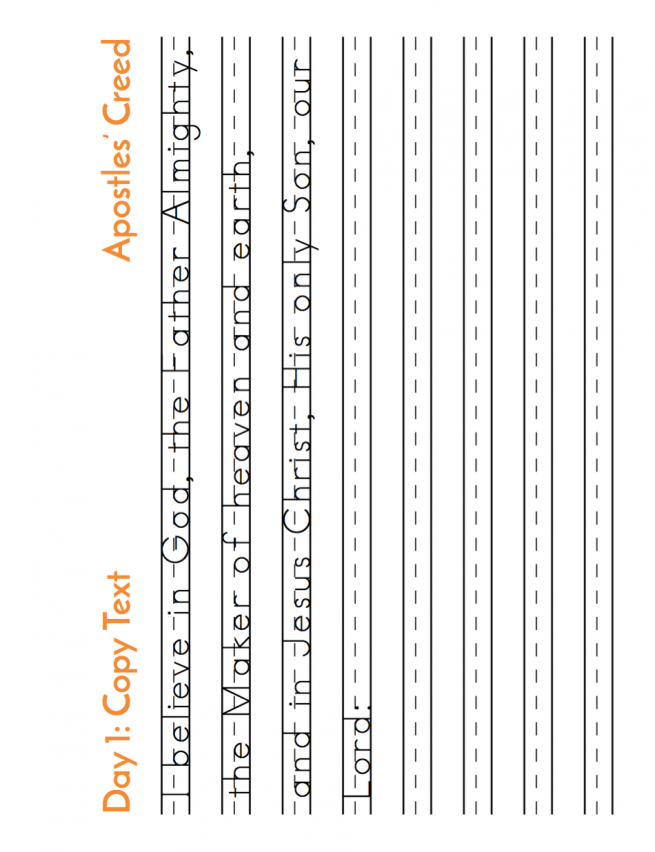 This mini workbook contains 40 days of work for students who need continuing handwriting practice. The text is the Apostles’ Creed from the Book of Common Prayer.

Spiral-bound 61-page softcover books (with perforated pages) are available for $9.

Digital books are available for $5.

The Apostles’ Creed is one of the oldest creeds in the Western church. Using simple, Scriptural language, the Apostles’ Creed is a formalized “rule of faith,” containing orthodox truths passed down from church leaders in the second century, or possibly even earlier. It is still confessed and read aloud in both Protestant and Roman Catholic churches all around the world today.

The Apostles’ Creed “is not a logical statement of abstract doctrines, but a profession of living facts and saving truths. It is a liturgical poem and an act of worship” (Philip Schaff).

Like other books in the Write Through the Bible program, this is designed as an interdisciplinary workbook. This resource helps busy parents integrate several subjects into one, including…

The translation used is from the Book of Common Prayer.*

Learn more about the complete Write Through the Bible series.

* Two clauses in the Apostles’ Creed have been controversial in different Christians circles: “He descended into hell” and “holy catholic church.” Because of this, alternative worksheet pages are also provided in the appendix of book that replace these phrases: “He descended to the dead” and “holy universal church.” Parents can choose which worksheets are most suitable for their family.

There are no reviews yet.