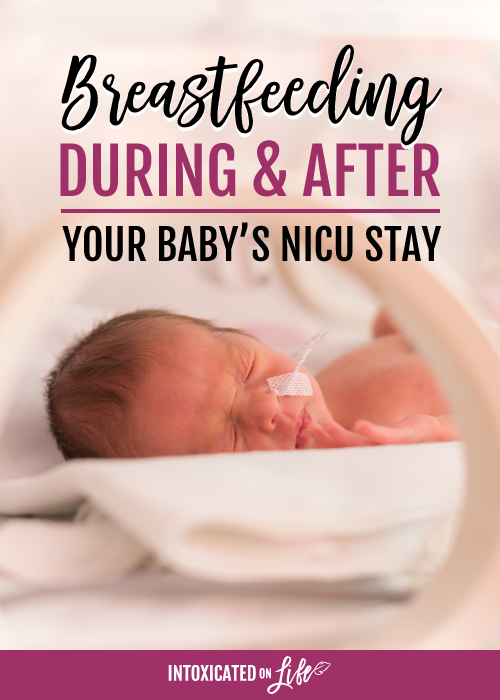 Breastfeeding is important for the health of children and babies. My twins were preemies (born at 32 weeks) and I was lucky to be in a hospital that was very supportive of breastfeeding.

While we had been planning that I would breastfeed, it was my nurses that let me know how important breast milk is for babies, especially for preemies. Through them I learned that a mother’s milk is particularly well formulated for her own children and the NICU nurses really prefer to feed the babies breast milk whenever possible.

Many women want to breastfeed their babies in the NICU and run into obstacles that prevent them from breastfeeding. I will explain how you can work through the obstacles of breastfeeding and pumping during and after your babies NICU stay so that other mothers will have the knowledge and courage to push through these obstacles.

I had been planning to breastfeed, but my twins came suddenly. Born at just 32 weeks, they were about 4 lbs each. I got to hold each of them briefly, but they were quickly rushed off to the NICU (Neo-Natal Intensive Care Unit).

Once things settled down, I realized that I couldn’t try breastfeeding without babies! I asked the nurse about a pump, and she told me to rest and recover and that a lactation consultant would come see me later.

We had a lot of complications, but I succeeded in breastfeeding my twins exclusively for 11 months.

Here are some obstacles to breastfeeding and pumping for your baby, and how we overcame them:

1. Breastfeeding and pumping seems too hard.

It can be hard. Lots of things are hard. Raising kids will be hard at times, but they are worth it. You have to decide what is important to you and put your effort there. What’s hard for one person may not be hard for another.

2. I tried pumping, but nothing came out.

It might not work for you at first. You need to try every few hours to get your body to realize that it is supposed to make milk. At first, nothing may come out. This is normal. It isn’t actually necessary for a baby to eat for the first 24 hours after birth, this is why all babies are expected to lose weight in the first 24 hours. If you were suckling the baby directly, you would probably not realize that he isn’t actually getting milk, just being soothed by the act of nursing.

3. I tried pumping but so little came out I gave up.

The first milk that comes out is colostrum. Colostrum is the most important milk you can give a newborn and is often called “liquid gold.” There is very little colostrum, the first time you actually get something out, it might be so little you think it’s not worth it. Give it to the NICU nurses anyhow. They’ll get it out and give it to your newborn. A newborn’s stomach is as small as a thimble, or smaller in our case. Don’t give up, try again in several hours.

4. I’ve been pumping for a week and I still can’t get much milk to come out.

Some breastfeeding and pumping tricks that worked for me included:

5. I couldn’t nurse the babies right after giving birth.

You don’t have to nurse or pump immediately after giving birth. Your body is in major transition. You can even start breastfeeding (or pumping) days after the babies are born. I had complications on my complications. I tried pumping once the day after I gave birth, then I had more problems, so it was at least 48 hours before I tried pumping again.

6. Pumping every 3 hours around the clock was too exhausting, so I quit.

Pumping frequently increases your supply. Sleep and rest also increases your supply. During the day I tried to pump every 3 hours for the first week or two, but because I wasn’t feeding babies directly, I slept longer stretches at night. The real sleep helped me produce more milk, and at some points, my full breasts woke me up. At first I tried to pump every 3 hours at night too, but the nurses encouraged me to rest instead. I’m very glad they did!

7. My baby has a feeding tube or NG tube, so he can’t have breast milk.

The nurses can put anything into those tubes (well, not anything), and breast milk is an excellent choice. I pumped directly into the containers that they hooked up to the feeding machine to minimize contamination. They were not allowed to reuse the containers, but we took them home and used them for months for pumped breast milk. 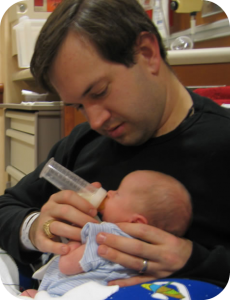 8. They say he needs more calories per feeding than he can get from breast milk.

One of my twins had trouble feeding. It took more energy to feed than he was getting from breast milk for months. The best solution? We added formula to the breast milk to get him more calories. Because of this, I needed to keep pumping long after he was able to nurse. For several months he got two of his feedings a day via bottle with breast milk fortified with formula, even when I could have nursed him. This was a great bonding opportunity for his dad!

Pumping may hurt. See if you can turn the settings down so the pressure is not so strong. Hospital pumps are very strong (at least they were in 2004). If you’re getting a pump for use at home, see if you can get it right away, so the nurses can help with adjustments. Pump in the NICU and the nurses can give you advice.

Through all of this, remember that breastfeeding is the best thing you can do to keep your baby healthy and well-fed. Even if food is in short supply, your body will give the baby the nutrients it needs. When it comes to both breastfeeding and pumping, don’t be discouraged, even if you can’t pump right away, if you don’t produce much, or if you’re just too tired. Be persistent and you will get it eventually. 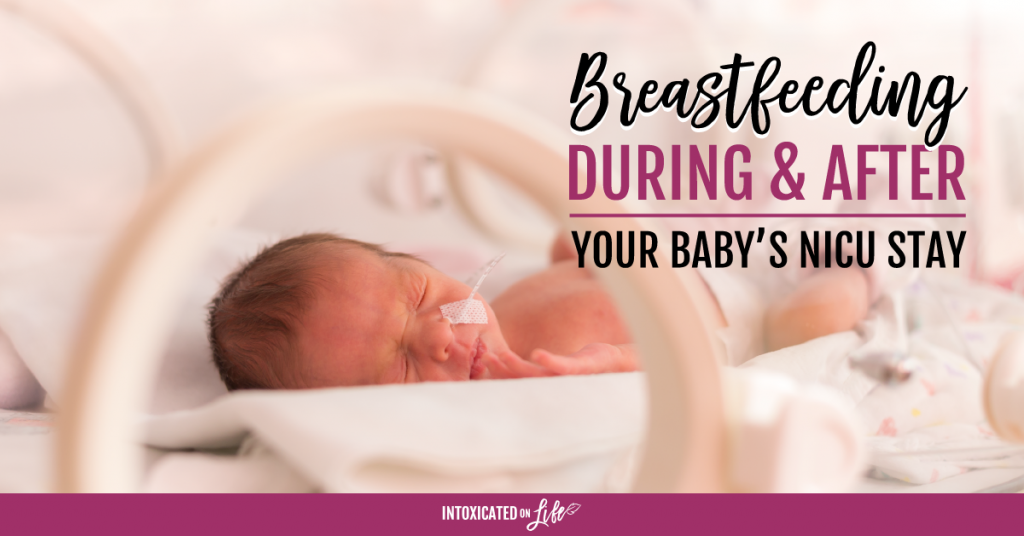 Alicia Hunt writes Green Lifestyle Changes with her husband Jonathan.  Their twins are now healthy 8 year-olds and have a younger brother.  Alicia works for a municipality, focusing on energy and environmental issues.  The Hunts writing focus’ on how a green living impacts the world.  Their biggest concerns are climate change and raising healthy children. You can follow them on their blog, facebook, and twitter. 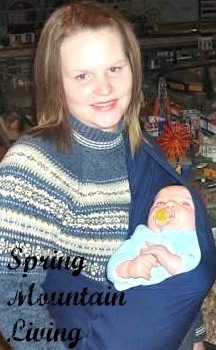 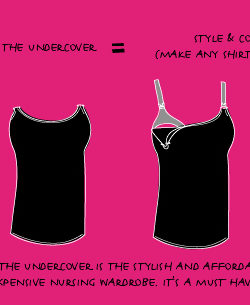