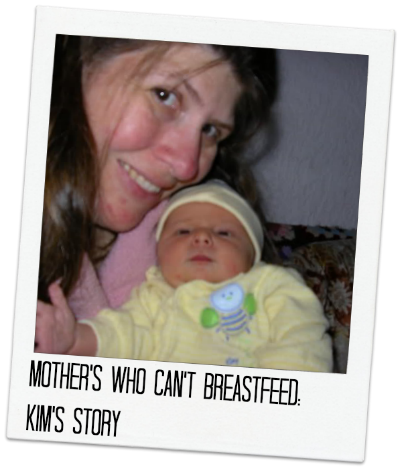 When my husband and I married in 2004 we figured I would get pregnant fairly easily, and we would start a family sooner rather than later. We were both older but I was still young, all things considered. I didn’t drink excessively, didn’t smoke or do drugs, you know…we did things right.

After about a year in a half I was assured there was nothing outright wrong with my female parts, and we were both referred to another set of doctors. We were told that we might not be able to have children.

That was in the early fall of 2006. We had prayed and put our trust in God that if it was His will we would have a child of our own; if not, then we knew that God had other plans in store for us. We prayed fervently that God would show us His plan. We clung fast to the knowledge that Jeremiah 29:11 was true and that He would remain true to His word. For I know the plans that I have for you,’ declares the Lord, ‘plans for welfare and not for calamity to give you a future and a hope.’

One week in early December 2006, I told my incredulous husband that we should purchase a home pregnancy test. His doubt was evident; we had bought them before only to be disappointed. The next morning I “peed on the stick” and had a faint positive. The hubs didn’t believe it. He refused to believe it. I waited two more days and took the home test again and it was for sure two lines…no doubt about it. At almost 37 years old I was a mom!

Thrity-nine weeks later my “Peanut” was born at a healthy 7 lbs 15 ounces and 21 ½ inches long. I was induced because of a few health concerns, but as far as my pregnancy over all, it was a healthy happy time. I was classified as a “mom of advanced maternal age” and there was a couple bleeding episodes, but otherwise it was a 100% normal textbook pregnancy and natural birth.

I automatically assumed I would breastfeed and only half-heartedly allowed a couple bottles to be given to me.  For some reason a sample of formula that was sent in the mail was placed in the pantry. God knew; He knew what was in store for our little family, and He was providing.

I began nursing immediately upon my daughter’s birth. It was such natural thing; mother and daughter continuing their attachment after birth. She was born at 7:15 am and we all thought everything was progressing naturally and without incident.

The first night was horrible though. My wee babe refused to sleep and wanted to feed constantly and when I asked the nurse I was assured her latch was good and she was “cluster feeding.”

I begged for the lactation consultant before they let us go home the following morning. We spent just a little over 24 hours in the hospital after my daughter was born, a completely normal amount of time for a natural uncomplicated birth. The consultant finally, grudgingly, came to visit me as I was “nursing” and stood at the end of the bed and observed us, minutes before our discharge. She stated that my daughter’s latch was great and everything would be fine, just give it time.

My little Bear (as she quickly became) was a bit jaundiced when born, and her Bilirubin levels kept rising. We almost weren’t allowed to go home but the pediatrician did release us after scheduling an appointment for the next morning at his office to check her blood levels. I was sure that once we were home she would settle in and eat and poop enough to bring her bilirubin levels down to normal.

Imagine my disappointment when it didn’t happen. I was a new mom and already had no sleep because my baby was hungry and constantly crying. We spent, literally, hours nursing. Everyone told me to try harder; I secretly wondered how much harder I could try. My baby was daily getting more ill and I was operating on no sleep.

One lady told me if I didn’t successfully breastfeed I would never bond with my child. I was a new mom, on day five of no sleep, my child’s bilirubin levels kept increasing and we were worried we might have to take her back into the hospital, and now I had the added stress of not bonding with my baby? Oh, the heartbreak!

On Bear’s fifth day of life her bili-levels were at a point where we needed to put her on light therapy. She was barely weighing 7 pounds at this point. We were able to keep her at home for this, thankfully. It was on this day that I made a frantic phone call to my mother at 3:00 am begging to know how you make formula and how long I needed to sterilize a bottle for.

I was crying the entire time as all the failures piled upon my shoulders. The words of a handful of women haunting me, telling me I failed and needed to try harder, but the innate knowledge of what was wrong weighed heavily on my heart. My baby was hungry.

It was an instantaneous turn around for us with the first bottle. Bear immediately drank more than two-ounces and promptly fell asleep cuddled within my arms, a peaceful and restful sleep for her little sleep deprived body as well. This reprieve allowed my attention to fully dwell on the appointment I had made with a lactation consultant. I still was convinced I was doing something wrong. I was trying very hard to be proactive; I mean a good mom breastfed her babies, right?

I continued to feed Bear via the lone bottle we had and when the nurse we had checking on Bear arrived the next day and we told her what we decided to do, she said it was wise and to wake her and feed her every two hours. She retook her blood levels after two days of supplement formula feedings and light therapy. Bear’s levels were starting to go down. Praise God!

In the meantime I had the appointment I mentioned earlier. The consultant spent a long time with me. She measured certain parts of my body, observed Bear and myself together and then gave her thoughts and recommendations.

She recommended first and foremost to relax and cuddle. She expressed that bonding comes from spending time with your child, not breastfeeding. Next we discussed what the measurements indicated in her experience and finally she gave her recommendations of what to do. We discussed a medication shown to occasionally increase milk supply and the side effects from that medication. We decided to try it for one course and my doctor prescribed it hesitantly. I also began to drink a tea said to increase milk production, and we pumped. Through it all, I was to continue to breastfeed Bear…the word used was “comfort.”

The hope through all this was that I would possibly end up producing more milk. Notice I say “hope.” After four months Bear refused the breast and become completely a formula baby. The most milk I ever produced from both breasts combined in a setting was a little over 2 ounces. My baby was being starved, and would have failed to thrive had I continued on the course prescribed by many; I was a mom who through genetics and body shape would face difficulties in breastfeeding. 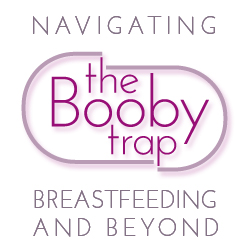 I continued to face taunts and looks from women and at seven weeks post-partum my husband went with me to the doctor expressing concern over postpartum depression.

I was diagnosed with PPD. I attribute some of my PPD to the scorn I was confronted with as a non-breastfeeding mom. I began to believe what I was hearing…that if I tried harder I could breastfeed; that bottle-fed babies don’t bond well; that my child would suffer a myriad of health problems as she aged; and more.

I attended counseling and was put on a medication but the most beneficial thing for me was sharing with other women. Misery loves company, they say, and while I am not sure that’s entirely the case, it does bare some weight. Hearing other women that shared a similar story gave me a measure of comfort.

Today I no longer doubt that my active 5 ½ year old Bear has bonded with both her daddy and I. She is full of a love for life and an outlook that brings smiles to all that know her. She is happy and well-adjusted. I can look at her infancy with fresh eyes and know that she not only bonded with me, but bottles allowed for her and her daddy to form a great bond as well. Each night he would reach for her and her nighttime bottle and the two would bond. While he fed her he would tell her stories and dream with her. I have many pictures of the two of them sleeping on the couch together, his arms wrapped protectively around her. I can’t imagine anything better for our little family. God knew what we needed most.

Today I advocate that the best thing for a baby is a happy, healthy mommy. I openly share my story with moms facing similar situations and work hard to make them feel accepted despite society’s trend that breastfeeding is the only way. The best way is the way that makes a happy family.

A wife to her best friend and a mom to one little Bear, Kim blogs about tending her garden one day at a time. She enjoys looking for the rainbows in life. Be sure to check out her blog Garden Tenders. 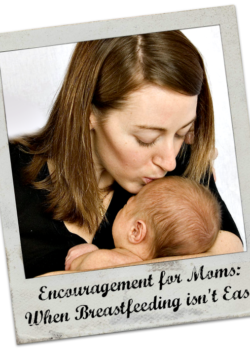 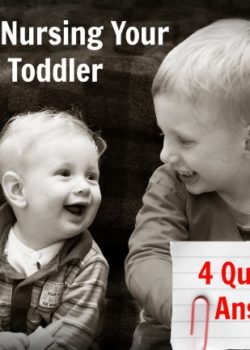 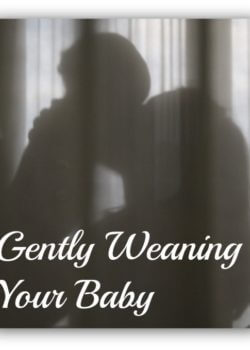