When it was time for us to consider schooling for Bradley, our oldest child, we debated the pros and cons of public school, private school, and homeschooling. Being a product of public school myself, I had no real objections to the idea of sending Bradley to public school. Homeschooling, by contrast, seemed like an interesting but nonetheless foreign idea to me. I knew zero homeschoolers growing up. When I finally did hear about the concept for the first time, I thought it was something for Amish people and homesteaders. I had a lot of questions. 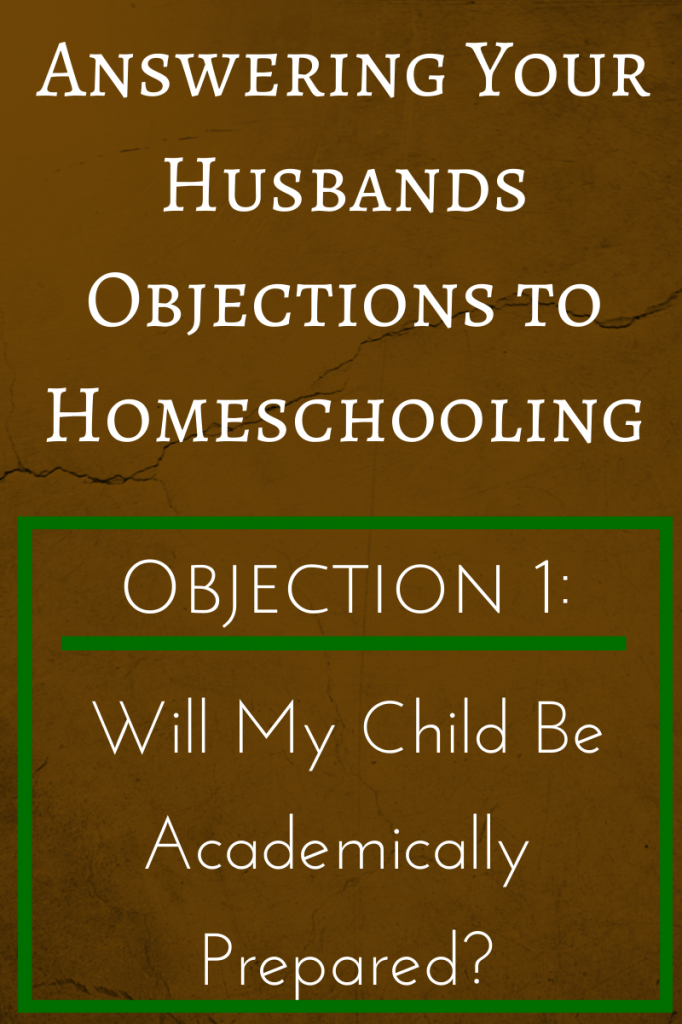 It took me a while to warm up to the idea of homeschooling, but eventually I did. Over the years, I’ve spoken with several dads who’ve gone through the same change of opinion.

By in large, I’ve noticed the same recurring objections and similar ways those objections are overcome. We’ll be covering four main objections over the course of the coming weeks. This week, we’ll start with the first objection.

Does homeschooling really give children a quality education? Does it prepare them for college? For the world?

My biggest concern about education—whether it be public, private, or home—was the quality of that education. Homeschooling, to me, sounded like I would be pulling my child away from an ideal learning environment with trained professionals and trading it for an unstructured, undisciplined, make-it-up-as-we-go experience.

My wife was homeschooled from 4th through 12th grade, and she later went on to complete both her Bachelors and Masters degrees, so I knew that homeschoolers could be given a quality education at home, but how could I ensure that happened for my children?

For many dads, our minds are opened more to the possibility of home education via two avenues:

1) We start to question the quality of education in public schools, and/or

2) We start to hear about the academic benefits of home education.

For me, both observations played a huge role.

The Quality of Public Education

The US rankings in educational performance is lacking when compared to other nations. The most recent data (from 2012) shows that US students are continuing to slip in the rankings. Among the 34 OCED countries (Organisation for Economic Co-operation and Development), US students perform below average in math (ranking just 26 among 34). We rank average in science and reading (ranks of 21 and 17 respectively). This is despite the fact the US spends more per student than the majority of other countries. This study shows that childhood poverty, diversity, high rates of immigration, and the amount spent on education were not predictors of educational performance.1

For more than a decade, education reform policies in the United States like No Child Left Behind have been met with heavy criticisms as student achievement is measured only by standardized multiple-choice tests. According to a survey by Teachers Network, only 3% of teachers in all 50 states think No Child Left Behind helps them teach more efficiently. Parents in many districts complain that the system encourages educators to “teach to the test” or game the system, resulting uncreative and unbalanced education. Students who could achieve more are held to the same standards and aren’t encouraged to advance.

Home education, by contrast, grants children a unique privilege: customized, hands-on teaching that meets each child exactly where he or she is. This is a huge benefit for both the child who has the potential to be academically accelerated as well as the child who struggles with learning disabilities. And the statistics demonstrate the benefits:

To be able to meet your child where they are academically is a huge benefit of homeschooling. Parents can structure their days and curriculum around their child’s learning style. They can slow down in areas that they struggle in, and accelerate their children in areas where they thrive.

Home education also provides children with a healthy environment for learning. According to a recent survey, more than a third of parents who homeschool today choose home education because of concerns over the “environment” of public schools—safety, drugs, bullying, and the overall school culture.6

In contrast, many parents enjoy the freedom homeschooling gives them to foster deeper relationships with their kids and provide a positive, fun learning atmosphere. The home gives the people who are most intimately acquainted with a child’s strengths, weaknesses, and learning styles—i.e. the parents—the opportunity to educate him or her in a personalized way.

In the end, one of the tipping points for us to homeschool was the quality of education we felt we could provide our kids. Our eldest was already reading, adding, and subtracting by the time he was 5 years old. He was working ahead of his grade level. Knowing what our local public school would be working through during that school year, we realized he would likely be bored to pieces. He has proved to be a very bright, fast learner and is now working well above grade level in most subjects. Homeschooling him has allowed us to accelerate his academic program so he will be challenged. We’ve also been able to choose curricula that will stimulate him academically.

My Other Objections to Homeschooling

Objection #2: Is my wife really qualified as an educator? Can she really teach our child every subject?

Objection #3: If my wife stays home to homeschool, we’ll lose our second source of income.

Objection #4: I don’t want my child growing up without good social experiences.

Read more of our Homeschooling 101 series! 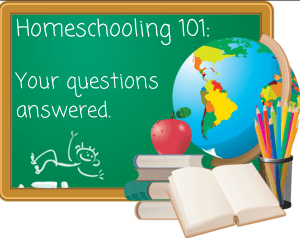 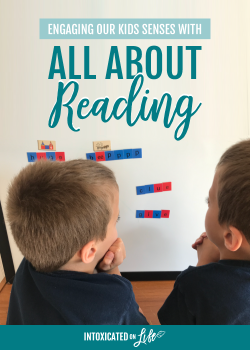 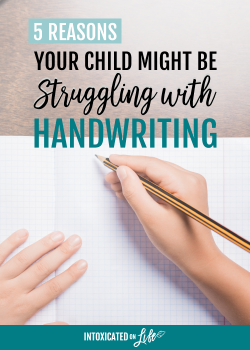 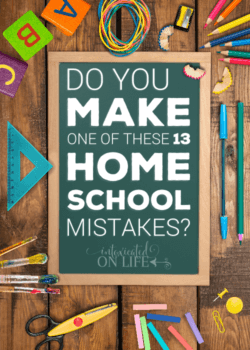