You’ve always heard you should eat your fruits and veggies, and most of us know there are some fruits and vegetables that give you more bang for your bucks (nutritionally speaking). But is it really worth bothering with organic produce? Is it worth the extra cost?

A new study from Stanford has had people claiming organic foods aren’t any more nutritious and don’t give any health benefits you can’t receive from non-organic foods. So, are we being duped into paying higher prices for something that’s just not worth it? 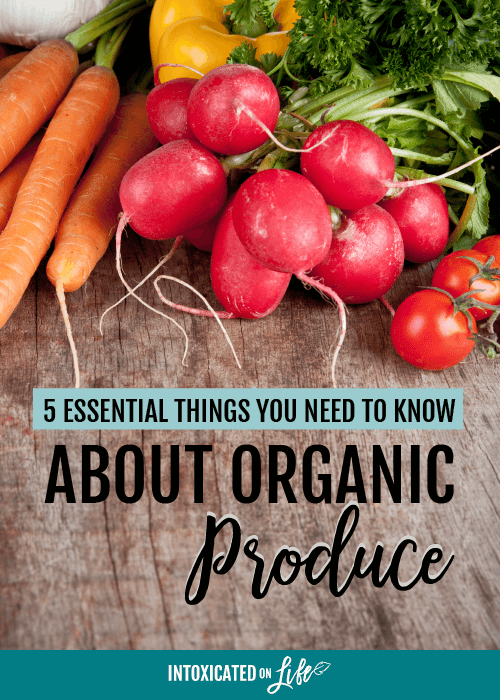 I live on a budget, so I don’t want to spend 25% more on the apples my kids ravenously devour every day if I can simply wash them and be done with it!  I’m not out for some “green” or “crunchy” mom label just for the fun of it.

So, what’s the real scoop on organic produce anyways?

1. What is organic produce? (or How it’s different than conventionally grown produce?)

In order for produce to be USDA certified organic it must meet a whole host of requirements:

Though, the infamous study from the Annals of Internal Medicine stated:

This is the report that caused headlines across the US to tout that organic foods were a waste of money and at the same time outrage natural living folks.

On the other hand, reports from Soil Association Certification states that organic crops are higher in vitamin C, phytonutrients, and essential minerals.2 These findings have been supported by many other studies as well.3, 4, 5, 6, 7, 8

Besides (possibly) being more nutrient dense, organic produce is not coated in toxins.

Remember that Stanford research study we talked about at the beginning of the article—you know, the one that had everyone screaming that organic produce was a waste of money. That same study found that 38% of conventional produce tested contained pesticide residue, compared with just 7% of organic produce (organic produce can be contaminated by nearby conventional fields). And several studies the researchers looked at showed that kiddos who eat organic produce have less pesticide traces in their urine.

Some of the pesticides that are used in growing conventionally raised produce are known neurotoxins. Much non-organic produce is also genetically modified. These seeds are modified to actually produce their own pesticides. These foods may continue to produce pesticides even after ingestion.

Neurotoxins are harmful to the brain. Our children’s brains, which are still growing, are particularly susceptible to damage. For me, this is the most important reason I’ve chosen to purchase many of my foods from the organic section.

I suppose this is a pretty subjective point, but I personally think organic produce typically tastes better than conventionally raised produce. You might disagree, but you’re not going to change my mind: those juicy organic strawberries taste leaps and bounds better than the conventional ones! 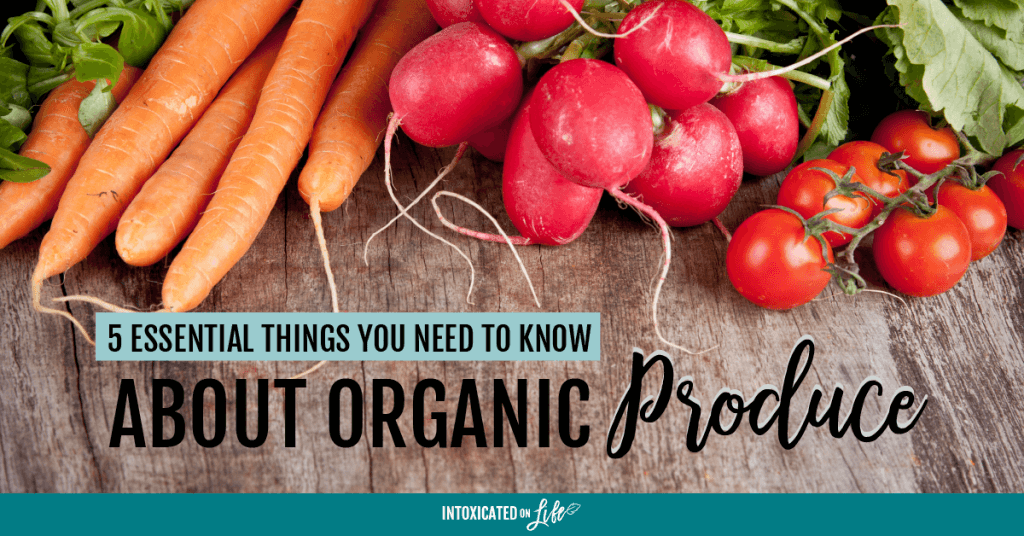 5. You can buy organic produce on a budget!

No doubt, organic produce can be pricey and difficult to fit into a grocery budget. Do you know why organic food tends to be more costly than conventionally raised produce?

Organic farmers don’t receive government subsidizing like conventional farmers do. This is one of the big reasons organic foods tend to be more expensive. In addition, organic farming tends to be more labor intensive and farms do not tend to produce as much food, so they don’t benefit from bulk sales.

Tips for buying organic produce on a budget!

1) Visit your farmers market. Many local farmers grow “organic” food even if it’s not USDA certified organic. Talk to the farmers and ask them about their growing practices. It’s likely you’ll get a bargain, especially this time of year, on some great produce that’s grown organically.

3) Some foods you don’t need to buy organic—be choosy! There’s some produce that it’s more important to purchase organic than others. Every year the Environmental Working Group puts out a list of the “cleanest” and “dirtiest” produce.

Have you heard of the dirty dozen? These are the conventionally grown fruits and vegetables that have been found to have the highest pesticide residues. If you can only afford to buy some organic produce, make it this list:

Conversely, there’s the Clean 15—conventionally grown produce that has lowest amount of pesticide residue. These are the least important to purchase organically (I usually just buy what’s cheapest when it comes to this list!)

If you simply can’t afford to purchase any organic produce, be sure to wash and peel all of your fruits and vegetables.

Do you purchase organic produce? If so, is all of your produce organic or just some of it? 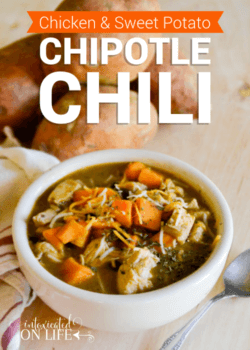 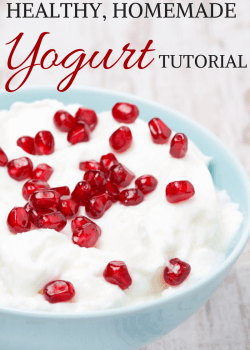