About 10 years ago, I had a roommate who had an allergy to refined sugar. This didn’t really affect my snacking-in-the-room habits too much, given that her allergy wasn’t so severe that I couldn’t have chocolate in the room or something—but it did introduce me to a wondrous substance. Something she kept on hand at all times. Something that she drank morning, noon and night whenever she needed a little extra energy to get through the day. This delicious, fizzy, miraculous beverage was called “Diet Coke.” 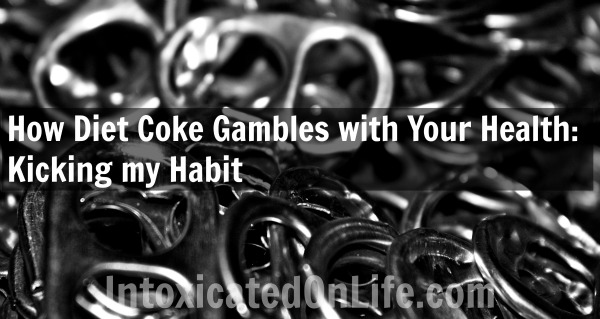 I didn’t even like the taste at first. The first time she offered me one when I was sleepily trying to work on a paper, I thought that it tasted fake. Like chemicals. But it really did help me wake up, and there was a ready supply of it. I also happened to be dieting at the time (something I did pretty frequently). I found myself having one every few days. Then every day. Then several a day. I grew accustomed to the taste, and then, after awhile, I craved it.

For several years in my college career, I had access to a dining hall, with unlimited fountain drinks, Diet Coke included. That’s when things got really out of control. Combine the stress of struggling to maintain my college GPA with an unlimited supply of the “drug” that helped me cope, and it was a recipe for disaster. Soon, I was drinking two large refills of Diet Coke with my lunch, and then another three with dinner. Sometimes, I’d even have it with my breakfast. I kept some extra 2 liters in my room in case I needed a “fix,” and if I happened to go out with my girlfriends to study in a cafe or restaurant, I’d have some more there, too. I didn’t even notice most of the side effects of having such large amounts of caffeine in my system because I got by with so little sleep anyway. More awake time was a desired result.

I never really considered the effects that this incredible overindulgence was having on me. The large amounts of food coloring, of artificial sweetener—none of it phased me. Neither did the constant warnings from friends that I was addicted (which I always laughed off. I actually said, “I could quit at any time.” Famous last words of an addict!). I never thought about it—until I had my daughter. 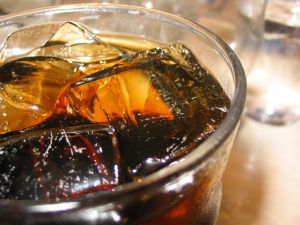 Having children for the first time ever made me really take a good look at my health. Most important to me was the example that I was setting, so I tried to cut my intake of Diet Coke. I didn’t quit, but I tried not to drink it when my daughter was looking. Apparently, I didn’t think that hypocrisy was that bad of an example!

I didn’t revisit my stance on Diet Coke again until I started getting sick. I developed hypothyroidism while pregnant with my son, and it became very clear that if I wanted to see an improvement in my symptoms, I needed to eliminate the things that were stressing my thyroid to begin with. I also had to face a harsh, harsh reality—that, even though I was genetically predisposed to having thyroid problems, the truth was that I might have been able to avoid it coming to this point if I’d cared about my health before I lost it. Yes, my thyroid had always been a little weak, but if I had taken care of it (and myself) while I was still healthy, I could have prevented myself from ever having to deal with hypothyroidism.

Diet Coke was a huge thyroid-stressor. In fact, it might be the one thing that pushed my thyroid to the breaking point. Almost every ingredient was damaging to thyroid function!

How Diet Coke Gambles with Your Health

Fluoride: Sodas in general contain fluoride, which has been linked to thyroid disorders.1 Fluoride is so good at suppressing thyroid function that it used to be prescribed to patients with overactive thyroid function in order to lower their basal metabolic rate! (Other sources to avoid include fluoridated toothpaste, fluoridated drinking water, and non-stick cookware).

Caffeine: Caffeine also can have an effect on thyroid problems, although research has shown mixed study results in this area.2 Even the studies that seemed to indicate a moderate amount of caffeine might help regulate thyroid functions certainly didn’t account for the damage of excesses. Almost every source I’ve ever read (at least, the ones that don’t advocate cutting out caffeinated beverages completely) warn against overindulgence. The generally accepted rule is about 3 cups of coffee a day—which sounds like plenty, unless you’re an addict!

Artificial Sweeteners: It shouldn’t even need to be said, but yes, artificial sweeteners are bad for you. Terrible. One of the known side-effects of aspartame is hypothyroidism—and guess what sweetens Diet Coke? Don’t be fooled by Splenda, either. It too has been known to cause and worsen to iodine deficiencies and thyroid disorders! It’s also been linked to other issues, such as fibromyalgia, anxiety, brain fog, depression, dizziness, fatigue, headaches, insomnia, memory loss, and restless legs. 3

Artificial Colors: Diet Coke contains caramel color, which has been linked to hypertension and high blood pressure. But even though it could be life-threatening, hey, at least your drink is a nice, pretty brown!

Ugh! Can you believe it? All that in a single beverage! I had to let it go, for myself and my kids. Yes, it was difficult at first, but it’s probably the simplest and best decision I could make for my health!

Jaime is a Christian, a wife, a mom, a writer, an illustrator, and an aspiring homesteader. She enjoys trying to find new ways to save money and resources—but also save time, so she can spend as much time as possible with her family!  She is one of the featured authors in our series Navigating the Booby Trap. Jaime blogs at Slightly Steady. 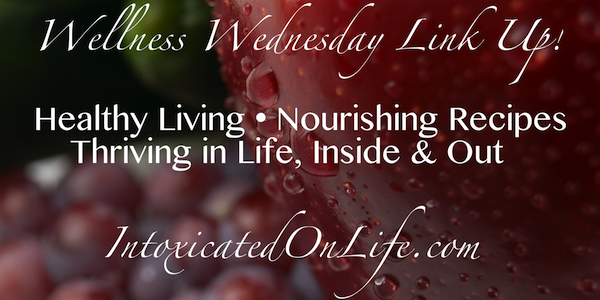 If this your first time linking up with us, read our Blog Link-Up Guidelines before including your link below. 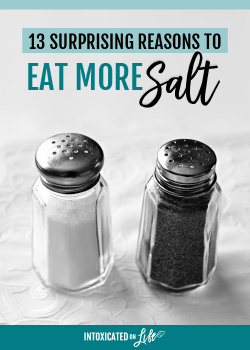