Several years ago, a friend of mine was invited to be a guest speaker at a local Lutheran church. As a Christian teacher from a Jewish background he was asked to speak about the spotty history of Christian-Jewish relations.

During his presentation, he made brief mention of some of the sayings of Martin Luther during the 16th century—how Luther taught Christians were to deal with the “insufferable devilish burden” of the Jews. Burn down their synagogues, destroy their homes, rob them of their prayer books, forbid their rabbis from teaching, and subject them to hard labor. 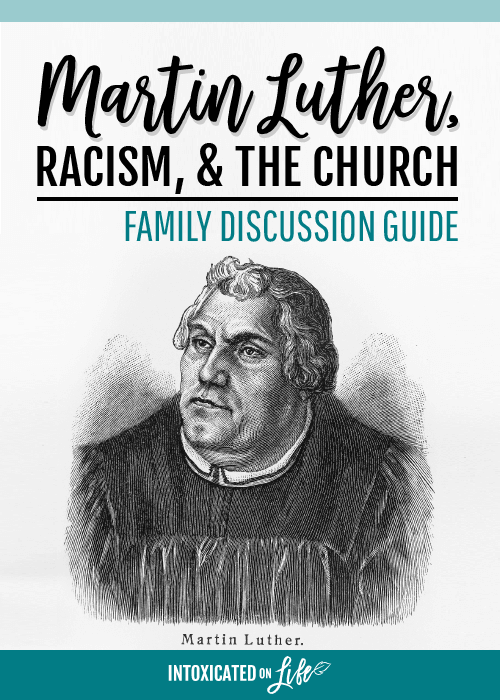 At the end of his presentation, the Lutheran pastor joined my friend on the stage and did something unexpected: with tears in his eyes, he got on his knees and apologized on behalf of Christians worldwide for the ways Jews had been mistreated over the centuries. My friend stood dumbfounded for a moment, not knowing what to say.

At the end of the pastor’s apology, the two embraced on the stage before the congregation.

A Relevant Question for Divided Times

We are approaching the 500th anniversary of the day Martin Luther published his famous 95 Theses. On October 31, 1517, Luther sent his Theses with a letter to the Archbishop of Mainz. To this day, October 31 is honored among many Protestants as “Reformation Day.”

Now, half a millennium later, hundreds of millions of Protestants worldwide honor Luther each year. But concerns about Luther’s anti-semitism remain front-and-center for many people.

Luther’s book, On the Jews and Their Lies, was widely republished before World War II. A study recently published by the U.S. Holocaust Memorial Museum shows how many German theologians and clergy in Hitler’s Third Reich used Luther’s writings to reinforce anti-Jewish sentiment. Church historian Diarmaid MacCulloch believes Luther’s book was a “blueprint” for Kristallnacht, when over 1,000 synagogues were burned and over 7,000 Jewish businesses were damaged or demolished.

What are we to make of Luther’s anti-Jewish ideas? How can we talk with our children about this obvious stain on Luther’s record?

Was Luther a Proto-Nazi?

These days, people throw the label “Nazi” around pretty liberally—from those who plan “free speech” rallies, to those who oppose urban planning, to the President of the United States, and his advisors. But using “Nazi” this way is nothing more than a broad and careless slur.

But calling Luther a “Nazi” may appear to have a ring of truth.

When you read some of Luther’s later writings and sermons that mention Jews, they do have an eery prophetic sound to them—which is probably why his writings were used so much in Nazi propaganda.

Without minimizing the sinister things Luther said about the Jews, it’s inaccurate to claim Luther is nothing more than a proto-Nazi.

Reducing Luther to a proto-Nazi is part of a sad, widespread tendency in German studies to reduce everything to Hitler, when in fact Luther would not have fit well into the Nazi party.

The Holocaust was such an enormous historical event that it’s difficult not to read anti-semitic material prior to the Holocaust without seeing the Holocaust. But when we’re studying history, we need to be careful not to study it by looking back while at the same time bringing modern categories and ideas that didn’t exist then.

Was Luther a racist? No. Modern anti-semitism, based on pseudo-scientific ideas of the superiority of certain races, was totally foreign to Luther.

While Luther’s writings are unquestionably frightening and immoral,  it’s wrong to blame Luther for modern anti-semitism.

Asking the Right Questions About Luther

It would also be wrong to simplify Luther’s views based on only one era of his life. 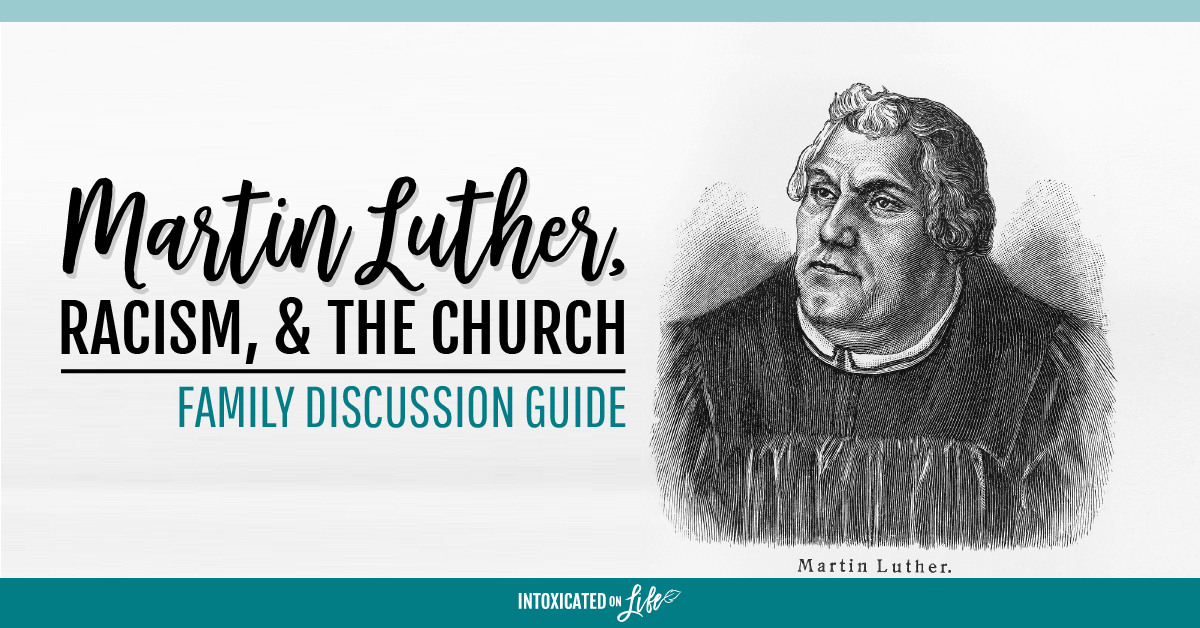 Dr. Carl Trueman, professor of church history at Westminster Theological Seminary, points out Luther’s views of the Jews changed over time. He says it is this change that deserves our focus. Trueman remarked…

It’s a good historical principle that the conventional—the usual, the normal in any era—never needs explanation… Luther’s writings against the Jews are conventional; they are full of cliches. They are what we expect a 16th century person to do. But in 1523, he wrote a book, That Jesus Christ Was Born a Jew, which is a call for Christian to treat their Jewish neighbors well so that they will convert to Christ. So the question about Luther and the Jews is not so much, ‘Why did he hate them in 1543?’; it’s why he appears not to hate them in 1523. That’s the unusual thing.

In other words, the critical questions for historians are…

(1) why, despite his cultural background, did Luther urge Christians to treat Jews with such kindness in the 1520’s

(2) only to revert to his cultural prejudices 20 years later?

He urged kindness to the Jews because of his views of the ends times. In 1523, Luther believed he was living in the end times. He promoted kindness to the Jewish people in the hopes that “many of them will become genuine Christians and turn again to the faith of their fathers, the prophets, and patriarchs” (That Jesus Christ Was Born a Jew). But by the 1540s, it became apparent to Luther the end was not as near as he had first imagined.

In the late 1520s and early 1530s, the Reformation saw tremendous setbacks, leaving Luther looking for someone to blame.

Like many Christians in his day, he had an unhealthy understanding of the use of political and physical force. When Christian preaching and Christian love failed to convert, it was up to the state to deal with heretics.

The sins of church leaders are often big news, and we do the public no favors by trying to soft pedal their sins. Martin Luther is no exception.

Church history often reads a lot like the Bible—filled with stories of the egregious sins of its central characters. The Bible does not gloss over the shameful acts of God’s people from the past, and neither should we.

Humbly admitting that Christians are sinful is one way to demonstrate to the watching world that the church is not a holy club of do-gooders but a fellowship of broken people being slowly mended by the grace of God.

2. Beware of how cultural values dampen (or kill) Christ’s command to love.

For all intents and purposes, it seems Luther believed his own rhetoric about the Jews: that they were demon possessed, extortionate moneylenders, and bloodthirsty baby-killers. He regarded them as enemies of society.

But by giving into his cultural prejudices, this blinded him to the fact that Christ calls us to love our enemies (Matthew 5:44).

The same can be said for Christians in every era. We all grow up in cultures with specific prejudices against people of certain religious backgrounds, ethnicities, sexual orientations, or socio-economic statuses. Even if the worst rumors about certain groups are true—and they rarely are—we still need to take seriously Christ’s command to love.

3. A Christian’s faults do not need to define him or his message.

Even Roman Catholics who disagree profoundly with Luther’s theology understand the enormity of his impact. Luther was an important catalyst for correcting much of the immorality in the church—especially among the clergy. Pope John Paul II called Luther a man of “profound piety” who had a “burning passion” for eternal salvation.

As a Protestant, I look on Luther’s Reformation with incredible thankfulness. The Reformation in Germany, and then later Switzerland, England, and the rest of the world, brought about what I see as necessary changes to the church.

We can be grateful that God uses deeply flawed individuals to further his kingdom. Many men and women in history had glaring character flaws—Jacob, Gideon, Solomon, Peter—but we can celebrate the way God used these people to leave an important mark on the world. 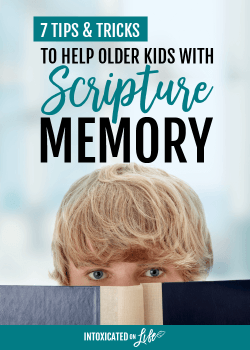 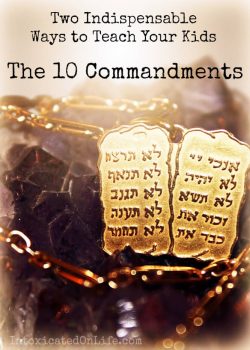 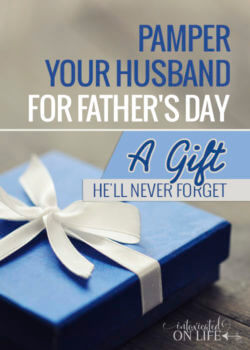