The word xylitol causes me to conjure up images of a chemically laden substance. But, xylitol makers have slapped the word “natural” all over bags of xylitol that you find sitting on store shelves. And indeed, it is classified as a natural sweetener.

Is xylitol really natural? Or is it just another wolf is sheep’s clothing like high fructose corn syrup? 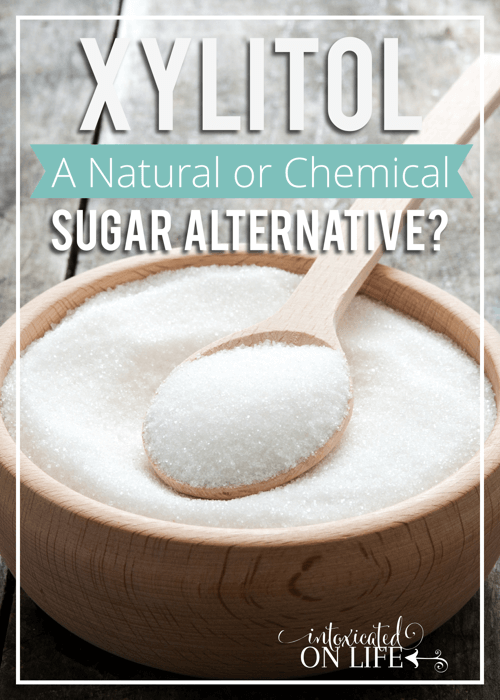 Xylitol was discovered late in the 1890’s. It wasn’t until the 1930’s that xylitol was synthesized into a pure form, much like what we use today. It was used as a sugar replacement during World War II in some countries when sugar shortages occurred.

Today, you find it on health food store shelves and also added to a number of products including chewing gum, mouthwash, floride treatments, toothpaste, and also in some pharmaceuticals.

Xylitol is in a class of substances called “polyols,” more commonly known as sugar alcohols. Sugar alcohols are neither sugar nor alcohol, but have a chemical structure that has similarities of both sugar and alcohol (I won’t bore you with anymore chemistry). There are a number of other sugar alcohols including maltitol, erythritol, mannitol, and sorbitol, amongst others.

Fibers of fruits and vegetables naturally contain xylitol. It can be extracted from various berries, oats, murshroms, corn husks, sugar cane, and birch trees. This fermented sweetener is made from whole plant pulp, but must undergo an extensive treatment and processing to become the sugar like crystals you find sitting on the shelf at health food stores.

It’s hotly debated whether this sweet substance resembling sugar should actually be called a “natural” sweetener.

This sweetener with a strange name actually has a number of well established benefits.

It’s been documented since the 1970’s that xylitol, when used regularly, can help to prevent tooth decay. The research on xylitol for dental health did not stop in the 1970’s. A quick survey of the literature reveals a veritable cornucopia of peer reviewed journals indicating the dental benefits associated with xylitol. Xylitol not only prevents bacterial growth, but also helps to remineralize teeth that already have begun to decay. 1, 2, 3, 4, 5 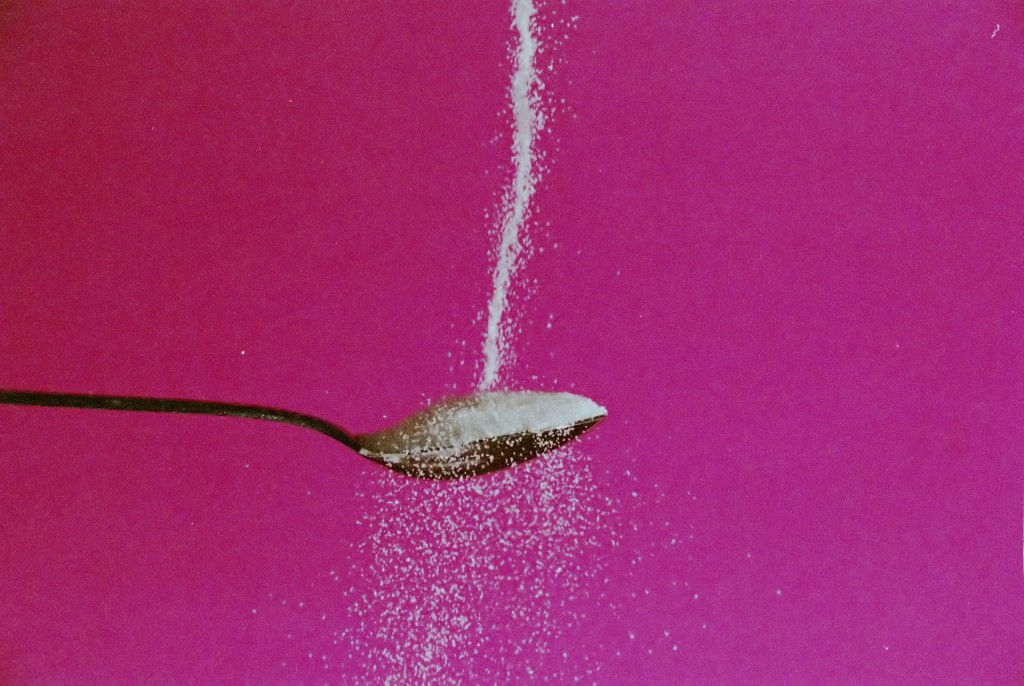 For this reason, scientists speculate that xylitol may help to prevent and treat osteoporosis. There are a number of articles demonstrating these effects in rats, but I did not come across any studies using humans at this point. 6, 7, 8

There have been numerous studies that support decreased ear infections with the use of xylitol. This is probably due to xylitol’s anti-bacterial properties. 9, 10

Yeast & Bacteria in the Gut

Xylitol is a prebiotic; that is, it encourages good gut flora (helpful microorganisms that live in your digestive tract). Sugar on the other hand encourages the growth of unhealthy bacteria and yeast in the gut. Xylitol is a fantastic option for those who deal with chronic yeast infections such as candida. Unlike some artificial sweeteners (like splenda and aspartame) xylitol does not encourage the growth of yeast in the gut.11

Xylitol is absorbed more slowly than sugar, in fact it’s not even completely broken down in our system. As such, it does not cause a rapid spike in blood glucose. Xylitol is typically a wonderful substitute for diabetics as it has little effect on glucose and none on insulin.12

Some scientists have indicated that xylitol increases WBC (specifically netrophil’s). These are cells that help us fight off infection.13

With all of those potential positives to be gained from use of xylitol, you might wonder: What’s not to like?

For one, as mentioned previously, xylitol is a processed food. We are not eating xylitol in it’s natural whole food form. This has caused much debate regarding the healthfulness of xylitol. Some argue that xylitol, as a processed food, cannot be part of a healthy diet. Others, argue that because of the many benefits, it is a perfect sugar substitute.

Xylitol can also have the propensity to cause gastrointestinal problems in some individuals. Because xylitol is not fully broken down in your system it can have a laxative effect. Other reported discomforts include bloating, gas, and abdominal pain and cramping.

Adaptation can occur in individuals who are particularly sensitive to xylitol if it is introduced very slowly into the diet. Despite the abdominal discomfort and gastrointestinal distress that occur in some individuals, there are no known serious side effects from consuming xylitol.

Many companies that market xylitol produce their xylitol from genetically modified corn. Though there are several out there that sell non-GMO xylitol, it’s important to do your investigative work prior to investing in a GMO derived product.

Finally, it is important to note that xylitol is dangerous to dogs. It can be toxic and can cause dangerously low blood sugar if your sweet poochy gets ahold of it. 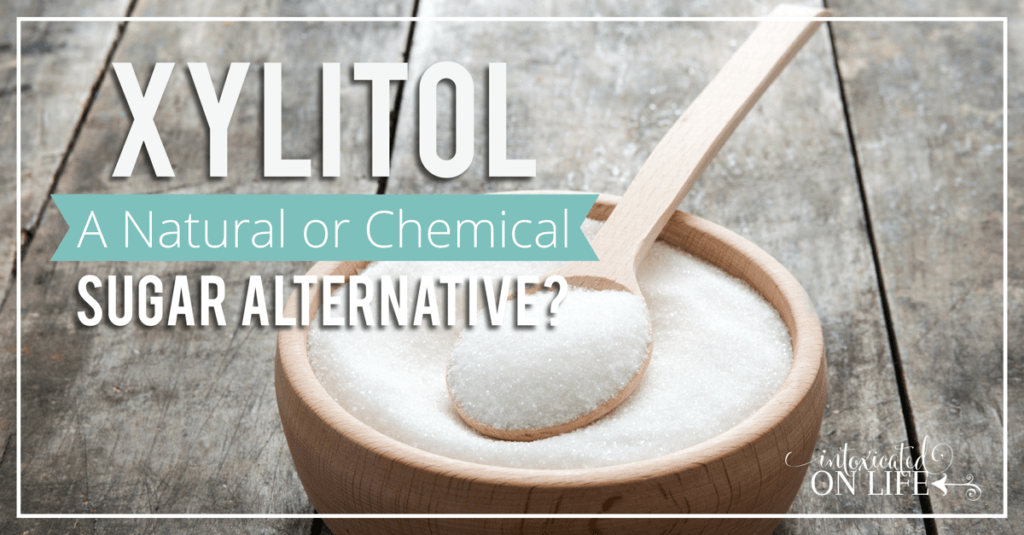 Xylitol has the same approximate sweetness as table sugar, but with 1/3 less calories. 1 gram of xlitol has just 2.4 calories to sugar’s 3.87 calories. Xylitol has the same amount of carbohydrates per serving as sugar, but remember because xylitol is not broken down and metabolized well in our systems it has very little effect on blood glucose and insulin levels. Because of this xylitol is on a 7-13 (depending on the source) on the glycemic index.

Most individuals do not have problems with their blood sugar when using xylitol. However, there are exceptions. If you peruse the Internet you can read comments from people that say it causes a rise in their blood glucose levels—not good. If you’re on a very low carb, ketogenic diet, it may also cause problems: some claim that it knocks them out of ketosis. I have checked my blood glucose after using xylitol and ketones and it does not seem to have any negative impacts on me, but your mileage might vary.

Moral of the story: always test things out on yourself to see how you’ll respond!

How to Substitute Xylitol for Sugar

Because xylitol has approximately the same sweetness as sugar it makes it quite easy to substitute in existing recipes. Here are a few things you might want to keep in mind if you decide to try out xylitol:

How I Use Xylitol

Though xylitol definitely stretches the definition of “natural,” for me, the good outweighs the bad when it comes to xylitol. The major vice of xylitol, abdominal distress, appears to happen primarily in individuals that lack good gut health (which is, unfortunately, quite a large number of people). The literature suggests that most people, when xylitol is introduced into their diet gradually are able to tolerate xylitol quite well and are able take advantage of it’s benefits.

I have used xylitol quite extensively and neither I nor anyone else in my family have experienced the aforementioned abdominal discomfort. I do try to decrease the amount of xylitol I use when baking by combining it with pure stevia extract.

If you are looking to introduce xylitol into your diet I would recommend starting out with a little and working your way up. If you happen to be one of the unfortunate souls who does not tolerate this particular sugar alcohol well, it wouldn’t be a pretty site to load up your system with it.

Other Posts in This Sweetener Series: 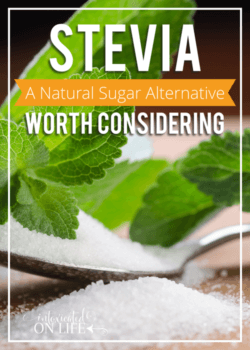