Oh, Sugar…we have a sweet, sweet love affair with you. You’re in so much of our food—you taste so good, you make us feel good, and we constantly seek you out. If it makes you happy, it can’t be that bad. Right?

Here’s the truth: giving up sugar is one surefire way you can positively impact your health and the health of your whole family. 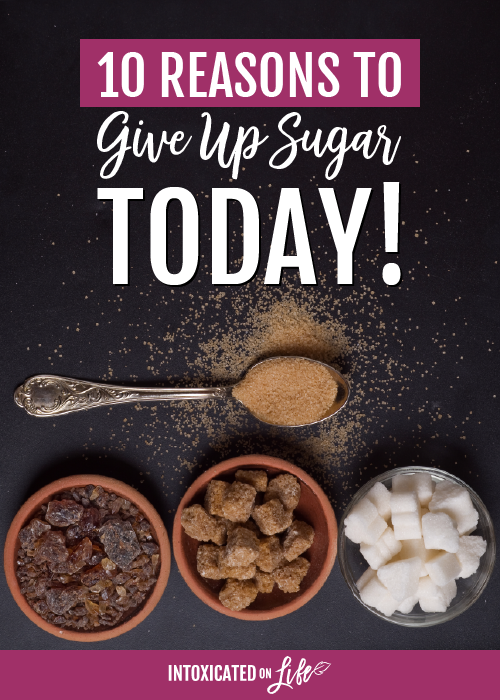 Sugar has no nutritional value—there is nothing that your body needs found in sugar. There are no vitamins, minerals, or enzymes that can benefit your body in any way.

Furthermore, sugar can wreak havoc on your body in many, many ways. The consumption of sugar has been linked to a plethora of modern diseases:

Sugar has a long rap sheet.

The Top 10 Reasons to Give up Sugar

In other words, sugar makes us fat.

No, it isn’t dietary fat’s fault. It is sugar’s fault.

According to the Polish Journal of Food and Nutrition Sciences, sugar actually leaches minerals from your body and makes you over-fat. So, you become simultaneously malnourished and fat.

Don’t think you’re out of the woods if you’re thin, however. It’s entirely possible to be thin and sick or malnourished. Some individuals have genes that enable them to stay thin despite a terrible diet.

Sugar (and it’s sneaky little cousin “corn syrup,”) is found in all of the places that you would expect: cookies, candy, cake, and one of the biggest culprits—pop. But, it’s also found in many places that you may not have thought about: yogurt, condiments, crackers, peanut butter, fruit drinks, canned fruits, and canned vegetables. Most pre-packaged and/or processed foods have sugar in one of its many shapes or forms added to it.

How Much Sugar Are We Eating on Average?

Estimates on what the average American adult consumes ranges anywhere from 22 to 55 teaspoons of sugar a day, and children consume even more.

Dr. Hyman in the book UltraMind Solution estimates, “Historically, we ate the equivalent of only 20 teaspoons of sugar a year as a hunter/gatherer species. Now we eat 158 pounds per person per year, or about 50 teaspoons or half a pound each day.” That’s a whole lot of sugar!

Even the American Heart Association recommends much more modest consumption of sugar: 6 teaspoons a day for women, and 9 teaspoons a day for men—though, this is still an excessive amount of daily sugar intake to promote health. (FYI, if you drink just one 12 ounces can of pop you’re at 8 teaspoons which puts women already over the AHA recommended limit.)

When insulin levels are continuously high due to high blood glucose levels, this causes insulin resistance. When this happens, your body won’t respond well to lower levels of insulin, and more glucose will get stored as fat.

Do you think it’s a big coincidence that the skyrocketing rates of Type 2 diabetes (and cancer) in both adults and children have mirrored the ever-increasing consumption of sugar? I think not.

Type 2 diabetes in children increased by 21% between 2001-2009. Since the 70’s the overall incidence of diabetes has more than tripled. Those are staggering numbers! What’s to blame for these alarming rates? You guessed it. It’s primarily our love affair with sugar and other refined carbohydrates.

How Does Sugar Lead to Insulin Resistance?

Let me give you a quick tutorial on how this works…

What does this mean for your body? It means your body has to produce increasingly higher amounts of insulin to do the same job. The cells in your body simply don’t respond to the lower levels of insulin anymore. It also means that your body is storing more and more of those glucose molecules as fat.

(Side Note: sugar is not the only culprit here, it’s also that so-called “heart-healthy” bowl of oatmeal you had for breakfast, whole wheat bread you had your sandwich on, and that pile of brown rice you had with dinner that turns straight to glucose in your system, but I digress…we must get back to sugar)

Eventually, insulin-resistant individuals can become Type 2 diabetics. And with type 2 diabetes, there comes a host of other health problems. Needless to say, it is in your best interest to control those blood sugar levels and keep insulin levels low!

In 1955 Nobel laureate Otto Warburg discovered cancer feeds on glucose cells. Since then, more research has displayed that you can activate cancer cell death by depriving the cells of glucose.

This is done through a very strict ketogenic diet. Not only are individuals using this type of diet to help treat cancer, but also to help avoid cancer (particularly in those who have a history or family history of cancer).

The World Health Organization Agency for Research on Cancer deems you more likely to get cancer if you’re obese, diabetic, or insulin resistant. Guess what? An excessive amount of sugar will cause obesity, insulin resistance, and diabetes.

There are some very successful alternative cancer treatments which include a very low carbohydrate, moderate protein, ketogenic diet to help starve cancer. Malignant cancers in populations that do not eat a western diet, such as the Inuit prior to westernization in the 1940s, are extremely rare. The Inuits lived primarily on a diet of fatty sea and land animals with occasional vegetables and berries that could be gathered in the natural arctic habitat. The Inuit’s ate no sugar and very few carbohydrates that could be converted to glucose (sugar) by their bodies.

Craig Thompson, President of Memorial Sloan-Kettering Cancer Center in New York explains, “I have eliminated refined sugar from my diet and eat as little as I possibly can because I believe ultimately it’s something I can do to decrease my risk of cancer.”

4. Sugar is linked to Alzheimer’s Disease

Individuals with diabetes are twice as likely to be afflicted with Alzheimer’s disease. Diabetes doesn’t cause Alzheimer’s, but more and more research is uncovering that they have the same cause—consumption of foods that alter the role of insulin in the body.

Alzheimer’s is currently being dubbed “Type 3 Diabetes” by some researchers in the medical field. We now know Alzheimer’s has much less to do with genes than we originally thought, and much more with environmental factors—particularly what we put into our body. There can be no other explanation considering the sharp rise in the rates of Alzheimer’s over the last 50 years. Researchers project that in the next 50 years, the incidence of Alzheimer’s will quadruple!

Though diabetes does not cause Alzheimer’s, people with diabetes are twice as likely to get Alzheimer’s. This is because diabetes and Alzheimer’s have the same root cause. The root problem for both diseases is the consumption of foods that alter the role of insulin in the body, according to the Alzheimer’s Association.

Dr. Suzanne de la Monte, a Neuropathologist from Rhode Island Hospital, one of the leading experts in this field of study explains:

There is a considerable link between diabetes and Alzheimer’s disease—and the crucial role diet plays in the onset of both conditions. In many respects, Alzheimer’s is a brain form of diabetes. Even in the earliest stages of the disease, the brain’s ability to metabolize sugar is reduced. Normally, insulin plays a big role in helping the brain take up sugar from the blood. But, in Alzheimer’s, insulin is not very effective in the brain. Consequently, the brain cells practically starve to death.

This serious issue is another of the good reasons to give up sugar.

One of the biggest myths perpetrated is that dietary fat and cholesterol cause heart disease. This could not be farther from the truth. The true dietary villains are any foods that increase inflammation in your body.

When your body is inflamed it produces more cholesterol to help take care of the problem. Sugar is one of the big villains in this instance.

Besides inflammation, sugar can also cause higher blood pressure, another road that could lead to heart disease.

Both inflammation and high blood pressure put undue stress on your body, particularly your arteries and blood vessels. This stress could lead to damage, making you more susceptible to heart disease later on.

Instances of non-alcoholic fatty liver disease have doubled in the US in just the last 20 years. This corresponds with the continued over-consumption of sugar in this country.

Non-alcoholic fatty liver disease is when an excessive amount of fat cells have accumulated in the liver. Obesity, type 2 diabetes, and high cholesterol are all risk factors for this disease. Eliminating sugar is a great way to lower the possibility of developing these ailments.

Sugar suppresses your immune system. It does this using a number of different mechanisms:

The brain is the most sensitive organ in our bodies to sugar. The extreme insulin spikes and the nutrient-leaching quality of sugar can cause major problems in the brain.

This is why sugar has been linked to such disorders as anxiety, depression, and even schizophrenia. If you suffer from any of these problems, it would behoove you to keep your blood glucose levels stable.

I’m sure it doesn’t surprise anyone that sugar destroys your teeth. The combination of sugar, saliva, and bacteria creates the perfect storm for tooth decay. Want to keep your teeth in your head and avoid expensive medical bills—cut the sugar.

10. Sugar can cause significant mood and behavioral problems in children.

Because sugar impacts the brain in such a dynamic way, children are particularly susceptible to problems from sugar. Consumption of sugar manifests itself differently in different children.

It can cause hyperactivity, anxiety, concentration difficulties, crankiness, and/or drowsiness. Children suffer when this happens they perform poorly in school or extra-curricular activities, they get in trouble and don’t get along with peers.

Hopefully, this list is enough to convince you of the many reasons to give up sugar. It’s not as hard as you think, it really isn’t, as long as you have some good sugar-slashing tricks up your sleeve! Be sure to check out 6 Ways to Cut Sugar and Still Enjoy Food for some helpful pointers to get you going! 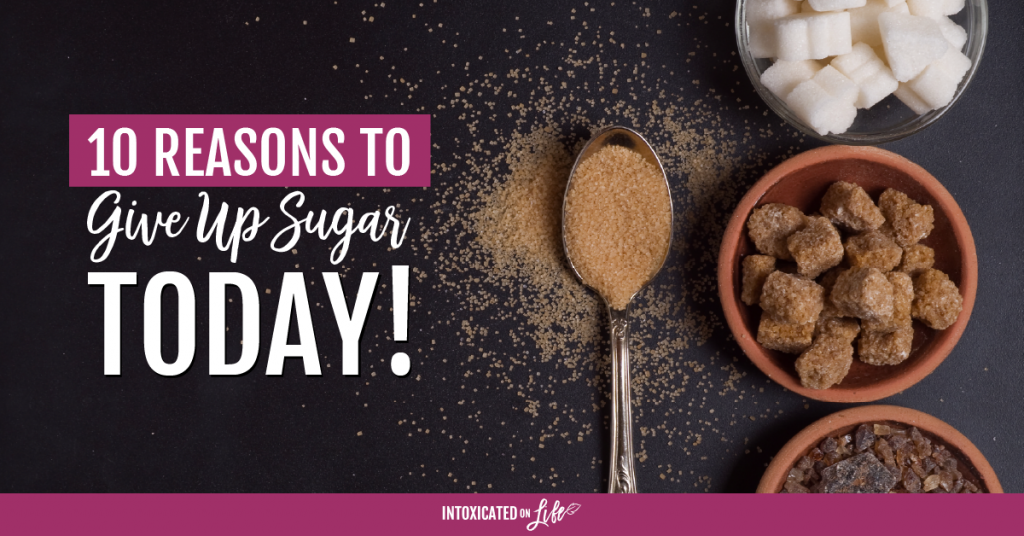 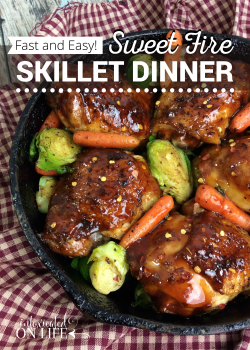 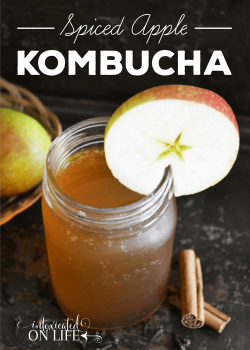 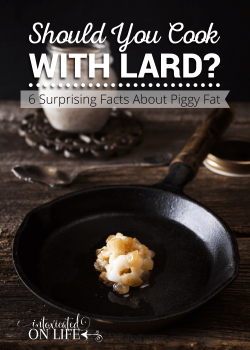