Ever since we published our book, The Talk: 7 Lessons to Introduce Your Child to Biblical Sexuality (which is a biology-meets-the-Bible book for parents to read aloud with their kids), we’ve been privileged to talk with parents all over the world about giving kids a godly sexual education. For the most part, the conversations are really enjoyable.

Then there are the other conversations. 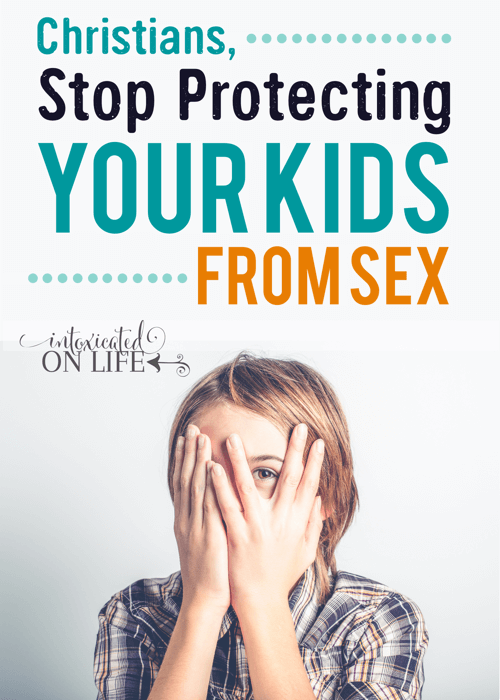 The words are a little different every time, but the rhetoric often sounds something like this…

Why on Earth would you talk to your kids about sex? Kids don’t even have sex—or at least they shouldn’t be. Kids aren’t sexual. The information is useless to them at best. At worst, it robs them of their innocence and makes them curious about sex when they shouldn’t be. Sex is a topic for adults, not teens, and certainly not little kids.

I’m not talking here about the common reservations parents have when broaching sexual topics with our kids. We know far too well that the world has made a mess of sex and that the sexual impulse is a powerful one. This isn’t a subject we feel free just to “wing it” on. Of all subjects we teach our kids, this is one we really want to get right. I get that.

Rather, I’m talking about the parents who think there is something about knowing sexual information that is somehow inherently innocence-robbing.

Don’t get me wrong: there are things we would all hope our children should never have to know about—especially things about this world that are the most violent, deviant, or depraved. When a child is exposed to certain kinds of brutalities, we rightly say their “innocence is stolen.”

But where did we ever come up with the idea that information about sex is scandalous? Sex is, after all, a good thing, something that pleases God when enjoyed in the covenant of marriage.

What Is Included in “Sex Ed”?

Bear in mind, when I say “sex,” I’m speaking in the broadest possible terms, covering a large swath of topics…

But What About Sexual Intercourse?

I’m going to say this as clearly as I know how: sexual intercourse is good. Really good. Sex was created good by a good God, therefore, like anything in His creation, it is a window to His goodness, power, and wisdom.

Does this mean a child should be taught everything about intercourse? No, of course not. There are some topics that make a lot more sense to teach children when their brains are more developed and when their curiosities are more piqued. But for many kids, a simple explanation of intercourse can be very fitting.

For instance, here’s what Josh McDowell writes in his book, Straight Talk with Your Kids About Sex, when talking to kids 5 to 8 years old:

With children of this age, a parent can describe things very briefly: “When two grown-ups are married, love each other, and are committed to each other, it feels good when they hold and kiss each other, and one thing that feels good is for the husband to put his penis in the wife’s vagina.” (p.87)

Then there’s this more detailed explanation written by Paul C. Reisser in Focus on the Family’s The Complete Guide to Baby & Child Care:

Eventually, one way or another, the Big Question will come up: Why and how does a baby start to grow inside a mother? (Another common scenario: Once your child is old enough to appreciate a reading of the Christmas story, you may need to explain what a virgin is.) You should avoid mythology (storks) or pseudotheology (“God sends the baby to the mother”) or misleading euphemisms (“The mother and father sleep together, and then the baby begins to grow inside the mother”). Some parents talk about mothers and fathers having a very special kind of hug, just for the two of them, which starts the baby growing, but even that explanation may be unclear. Indeed, all of these explanations suggest that pregnancy is a random or unpredictable event.

Only you can judge the readiness of your child, but in most cases when the question needs to be answered, offer a very simple but straightforward explanation. You can talk about how a mother makes a tiny egg inside her body every month, and if there is some sperm from the father to join with the egg at the right time, a baby will begin to grow. When you get more specific about the process that brings the man’s sperm and the woman’s egg together, remember to stress context: A man and woman who are married and love each other very much have a special time, just for the two of them, when they get very close to each other—in fact, so close that the man inserts his penis into the woman’s vagina. After a while he releases his sperm inside her. Younger children will usually find this idea rather strange, and you can stress that when the man and woman love each other very much, they feel very good while this is going on.

You will need to supply a name for this activity: Having sex is probably the most direct without being vulgar; making love is a little vague; and sexual intercourse is rather clinical, although children should know that this is the term they’ll be hearing later in life. Throughout, stress how good sex is—provided it occurs at the right time, with the right person  and in the context of marriage.

Giving a child facts about reproduction, including details about intercourse, does not rob him of innocence. What does rob a child of innocence is exposure to the abuse of sex. We live in an age where this problem is rampant, which means parents not only need do all in their power to guard and protect young eyes and ears from sexually exploitative, mocking, and degrading material, they also need to establish themselves as the sexual authorities in the home earlier than in previous generations.

When a 6-year-old comes home wondering what a “blow job” is because she heard about it on the playground, or when a 9-year-old is shocked by the images he just saw appear on the screen during a Google search, these kids need to know their parents are available and very willing to level with them in honest conversations without fear or shame.

After thousands of families have used our best-selling The Talk: 7 Lessons to Introduce Your Child to Biblical Sexuality, the #1 question we received was, “When are you writing follow-up books?” The Talk was really meant to only be a primer for young kids, so we decided to write two more books:

Check out the whole series of books! 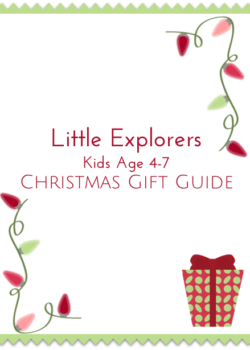 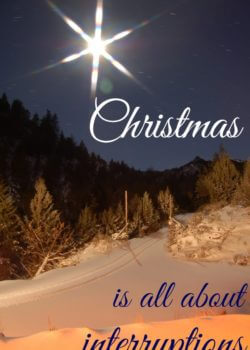