I first heard the term Montessori about 30 years ago when I attended a Montessori preschool as an eager-to-learn toddler. I have great memories of my time in preschool and associated the name Montessori with “fun.” When I began looking into preschool for our oldest, the term Montessori kept coming up. I really liked the philosophy but it seemed very overwhelming with all the specialized learning tools. 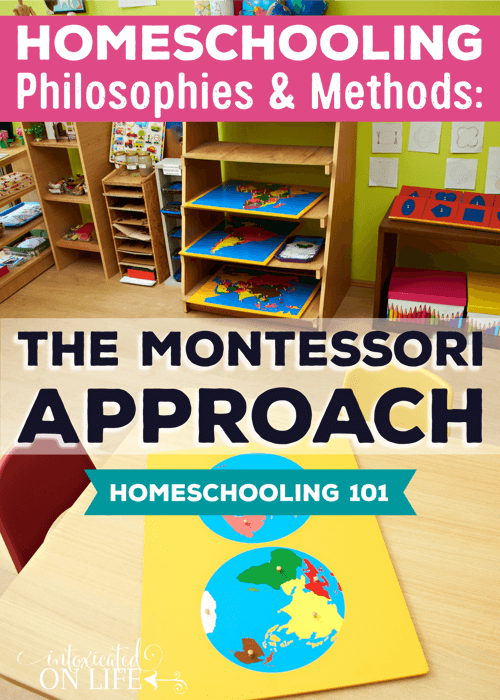 Following the examples other Montessori parents have shared over the years, I have found my own balance between a classical Montessori environment and real life.

Montessori is a generic term. No one owns it or regulates its use so there are multiple interpretations of Dr. Maria Montessori’s teachings. The Association Montessori Internationale (AMI) was founded by Dr. Montessori in 1929 and the American Montessori Society was founded in 1960 with support from AMI. I look to these two organizations as the Official Montessori educators.

There are many others who use Montessori principles but do not follow all her recommendations. I call such an approach “Montessori inspired.”

Maria Montessori was an Italian physician who began her work with children around 1900. While many refer to Dr. Montessori as an educator, I think she considered herself an objective scientist simply trying to understand how children learn. She did not set out to create an educational philosophy, nor did she publish much on her observations until late in life. The formal Montessori program we see today is based on Dr. Montessori’s personal notes, but was not written until after her death in 1952.

Dr. Montessori began working with mentally disabled children in asylums following her graduation from the University of Rome in 1896. She observed the children’s behavior and created tools, now often referred to as the Montessori Apparatus, to teach the children basic tasks. The children thrived under her radical new method and many “uneducatable” children later passed public examinations alongside “normal” children.

In 1906, Dr. Montessori had the opportunity to work with a group of low income children while their parents worked. She set up Casa Di Bambini (Children’s House) and began to adapt her previous apparatus for a classroom setting. Once again her methods focused on developing practical life skills and developing independence.

Early in her work, Dr. Montessori heard a child say, “Teach me to do it myself.” That phrase became the focus within the Children’s House for many years. Rather than do things for the children, an environment was created to teach and allow the children to do it for themselves.

In modern Montessori preschools, children as young as 18 months are expected to prepare food, set a table, serve their peers, and clean up. They also begin learning basic self care like dressing, brushing teeth, and washing hands. This is the part of the Montessori approach that appealed to me the most and where we started incorporating the Montessori philosophy into our home. I expect my boys to learn and do all our household chores alongside me throughout the day.

Children Have an Absorbent Mind

When Dr. Montessori began her work, the prevailing theory was children were just little adults that needed to be filled with information. Children who did not learn according to the norm were considered “uneducatable” and removed from schools.

Dr. Montessori observed that a child’s mind first needed to be formed, then they could be taught traditional academics. She saw a relationship between how much a child interacted with their environment through fine and gross motor manipulation and the development of thought. When given a prepared environment, children assimilated a large amount of information effortlessly through play. Dr. Montessori referred to this as the “absorbent mind,” a phenomenon unique to the first 6 years of a child’s life.

Dr. Montessori believed a child did not become a fully formed adult until 24 years old and passed through 4 distinct planes of development in that time. Each phase looks different because what and how a child learns changes.

The first plane, birth to 6 years, is characterized by independent learning through the senses and focus on practical life and play-based learning. The focus of this plane is developing an independent child with self motivation to learn.

The second plane, 6 to 12 years, is when children start work and socialize in groups as well as the emergence of imagination and the power of reason. Academics are presented as the Great Lessons, which pull truths from multiple disciplines to encourage students to learn through discovery.

In the third plane, 12 to 18 years, youth will experience psychological instability and difficulties in concentration as they pass through puberty and adolescence. Dr. Montessori felt the third plane is when youth are building their identity and place in the adult world. In this plane, students in Montessori schools will participate in real world learning through work and volunteering alongside academics.

Dr. Montessori wrote very little about the fourth plane, 18 to 24 years, compared to the other three and did not propose any kind of educational program. She felt by this point students should follow their own interests in the study of culture and sciences or begin working for pay.

I have found the most significant Montessori principle to be the idea of a prepared environment. Dr. Montessori felt that children, especially the young ones, should be provided with a pleasing environment that naturally encouraged them to explore and discover. In Montessori preschools you will see low shelves with a small number of carefully selected resources and tools. Elementary classrooms will also have shelves with books and academic materials. In our home, various rooms are prepared for different purposes.

Our schoolroom is set up with books, academic toys, and sensory materials in a way that accommodates a kindergartener, a preschooler and a toddler. The boys all sleep in the same room and we modified their closet so they are able to reach all their clothes. Throughout the rest of the house, I have materials available to allow the boys to complete chores independently. You can see more on where and how I keep things in our house tour.

In the early years there is a huge focus on practical life lessons. In a classroom setting, special set up is needed to allow a dozen students to all practice buttoning clothes, sweeping floors, and folding laundry. However, in the home practical life lessons are basically chores. Initially it is helpful to isolate an activity and teach it step by step to your child. You can see how I did this both in our banana cutting activity and laundry folding.

Now I can say to Magoo (3 years) go fold napkins and he is able to fully complete the task independently (willing to do it is a different matter all together). It’s really easy to get caught up in having a formal school time to lose sight of the point of these exercises. Start with the things you do every day and help your child to do them independently. If you would like a peak into our routines, follow along on Instagram or my homeschool posts at For This Season.

Becky Marie is a wife and stay at home mom to three little boys. Their days are filled with racecars, trains, and super heroes. The boys learn through every day activities and play in a Montessori inspired environment. 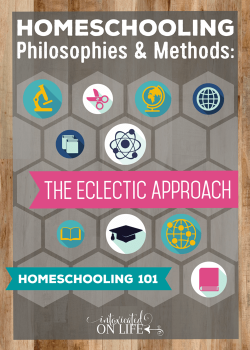 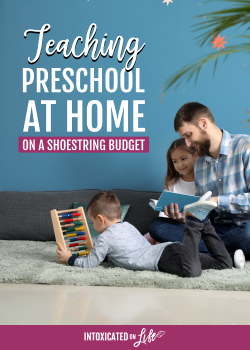 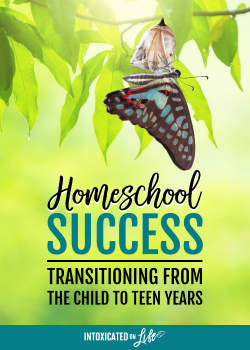