There is no command in the Bible to celebrate the birth of Jesus on any particular day. In fact, we don’t even know the day or the year Jesus was born.

Why then does our family still celebrate Jesus’ birth on December 25th? Isn’t this some manmade tradition we should avoid? 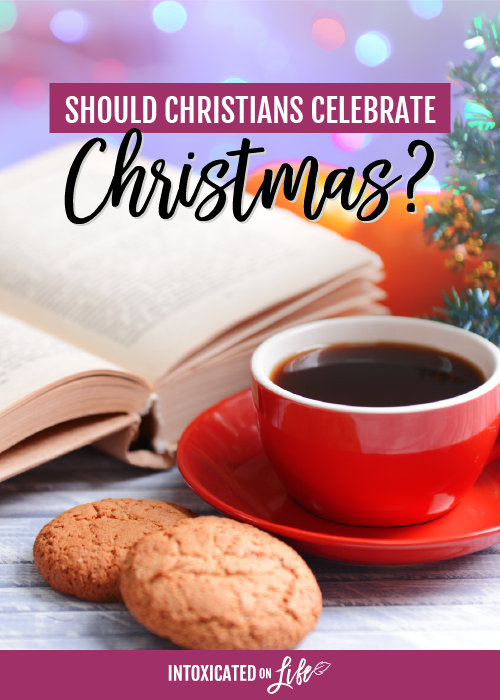 For many in the church, Christmas isn’t just a time of year to celebrate the birth of Jesus: it’s a time of year packed with nostalgia and sentimental good will. We love the Thomas-Kinkade glow of our decorated homes as we’re soothed by the sounds of Bing Crosby and the taste of hot cider. We love the parties and the presents.

But it’s always good to take a step back from our traditions to examine them more critically.

Is the Date of Christmas “Pagan”?

At one point, there was a popular theory that the date of Jesus’ birth was chosen to coincide with ancient Roman festivals.

For instance, the Roman feast of Saturnalia falls between December 17th and 23rd. While December 25th is certainly close to this, Saturnalia was never celebrated on that date, so this theory falls flat.

A better match is the December 25th celebration of Sol Invictus, the “Birthday of the Unconquered Sun”—the day chosen by the Romans to celebrate the winter solstice. The problem with this theory is the earliest date for Sol Invictus is AD 274, when it was instituted by Emperor Aurelian. We have evidence, however, of the birthday of Jesus being celebrated on December 25th around 70 years before this and possibly as early as when Telesphorus was bishop of Rome (AD 125-136). Certainly by the time of 2nd century church leaders like Theophilus (AD 115-181) and Hippolytus (170-240), a December 25th birthday was already a firm tradition in the church. So this theory also falls flat.

According to Andrew McGowan, Dean and President of Berkeley Divinity School, before the 4th century, we have no evidence of Christians adopting or transforming pagan festivals, at which point, possible dates for Jesus’ birth were already long established.

So, no: December 25th was not chosen because it coincided with a pagan festival.

The Biblical Clue to Jesus’ Birthday?

One of the biggest clues left for us in the New Testament regarding the date of Jesus’ birth is Luke’s mention of the priest Zechariah (John the Baptist’s father) serving in the temple some time right before John was conceived. See if you can follow the logic here…

Whew. Following me so far?

This “clue” requires us to make a number of assumptions and best guesses.

Add up these ambiguities, and we have a wide margin of many weeks—maybe months.

Nonetheless, running with some assumptions, some people believe we can pinpoint the date of Jesus’ birth. Knowing the two times of year Zechariah’s order served in the temple, this gives us one of two possibilities: some advocate for a late September date, around the time of the Feast of Tabernacles, and other advocate for a late December or early January date, around the traditional date of Christmas.

Nonetheless, we simply don’t have enough biblical information to pinpoint an actual date. 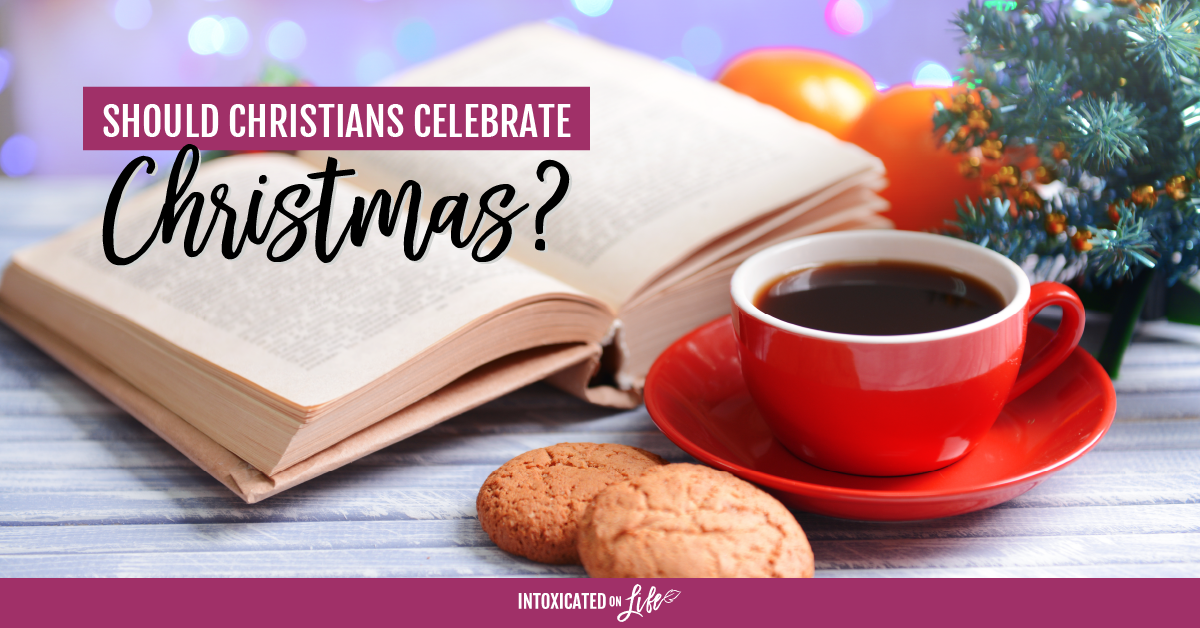 Can the Church Create a Holiday?

Regardless, the biggest objection we get to the idea of celebrating Christ’s birth on December 25th is it is a church-created holiday—nothing more than a tradition created by men.

Here’s where we stand: there is absolutely nothing wrong with church traditions as long as the church doesn’t attempt to bind the consciences of believers to those traditions.

If your local church, as a community, wants to celebrate Jesus’ birth on a particular day of the year (like December 25th), this is completely acceptable as long as there’s no implication that you’re somehow sinning if you don’t choose to join the celebration.

“Tradition” is a bad word in some Christian circles, but it doesn’t need to be. As historian Jaroslav Pelikan wisely stated, “Tradition is the living faith of the dead; traditionalism is the dead faith of the living.”

We can and should be opposed to traditionalism—a cold, dead faith that blindly accepts whatever supposedly unanimous consensus of the church hands down to us. Tradition is another matter altogether: it’s a charitable conversation with the church of past generations, something that links us to a heritage of living faith.

Jesus’ own life testifies to this principle. By Jesus’ lifetime, the Jewish leaders had instituted a holiday in Jerusalem called the Feast of Dedication (Hanukkah). It was not a festival prescribed by Moses in the Torah or anywhere else in Scriptures. And yet, Jesus chose to go to Jerusalem to be with the worshippers in the temple—in fact, he even used the event of the manmade festival as an occasion to point to his own divinity (John 10:22-42). Jesus was not opposed, in principle, to joining in with the holiday traditions created by his people.

Dates for Jesus’ birth were all over the map in the ancient church: April 19, April 20, May 20, November 18, December 25, and January 6 were all proposals. We agree with what Paul said: “One person esteems one day as better than another, while another esteems all days alike. Each one should be fully convinced in his own mind. The one who observes the day, observes it in honor of the Lord” (Romans 14:5-6a). For Paul, the matter of holy days was a matter of opinion—nothing that should cause division in the church.

There is nothing inherently holier about December 25th, but if someone happens to use that day to honor the Lord in a specific way, so be it. “Let us pursue what makes for peace and for mutual upbuilding” (Romans 14:19).

We love tapping into the rich traditions of church history, taking special days of the year to remember specific Bible events—not because we believe God expects us to do it but because it is a convenient way for us to keep the whole of God’s story before our eyes.

Sounds of the Season

As we attempt to escape from the commercialism of the season, many church traditions can be very helpful to point our kids to Christ. One of our favorite ways is through traditional Christmas carols. 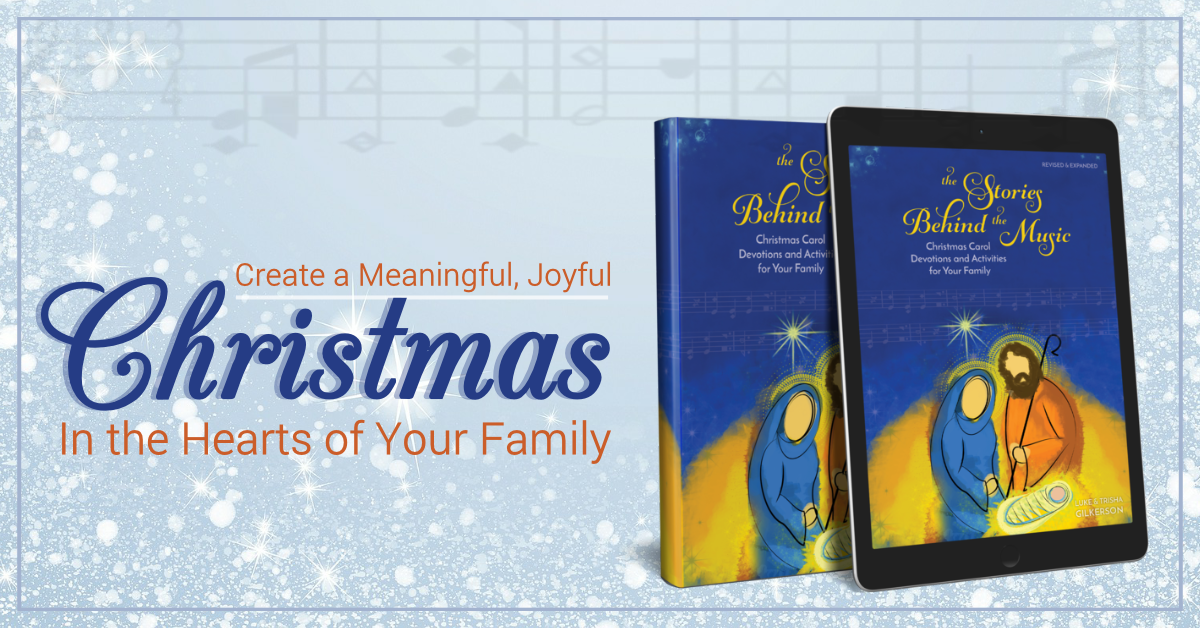 Our book, The Stories Behind the Music, is an attempt to do just that. We take 15 of the most popular Christmas carols and tell the stories of where they came from, who wrote them, and how to point to the amazing story of Jesus’ entrance into the world.

Check out The Stories Behind the Music 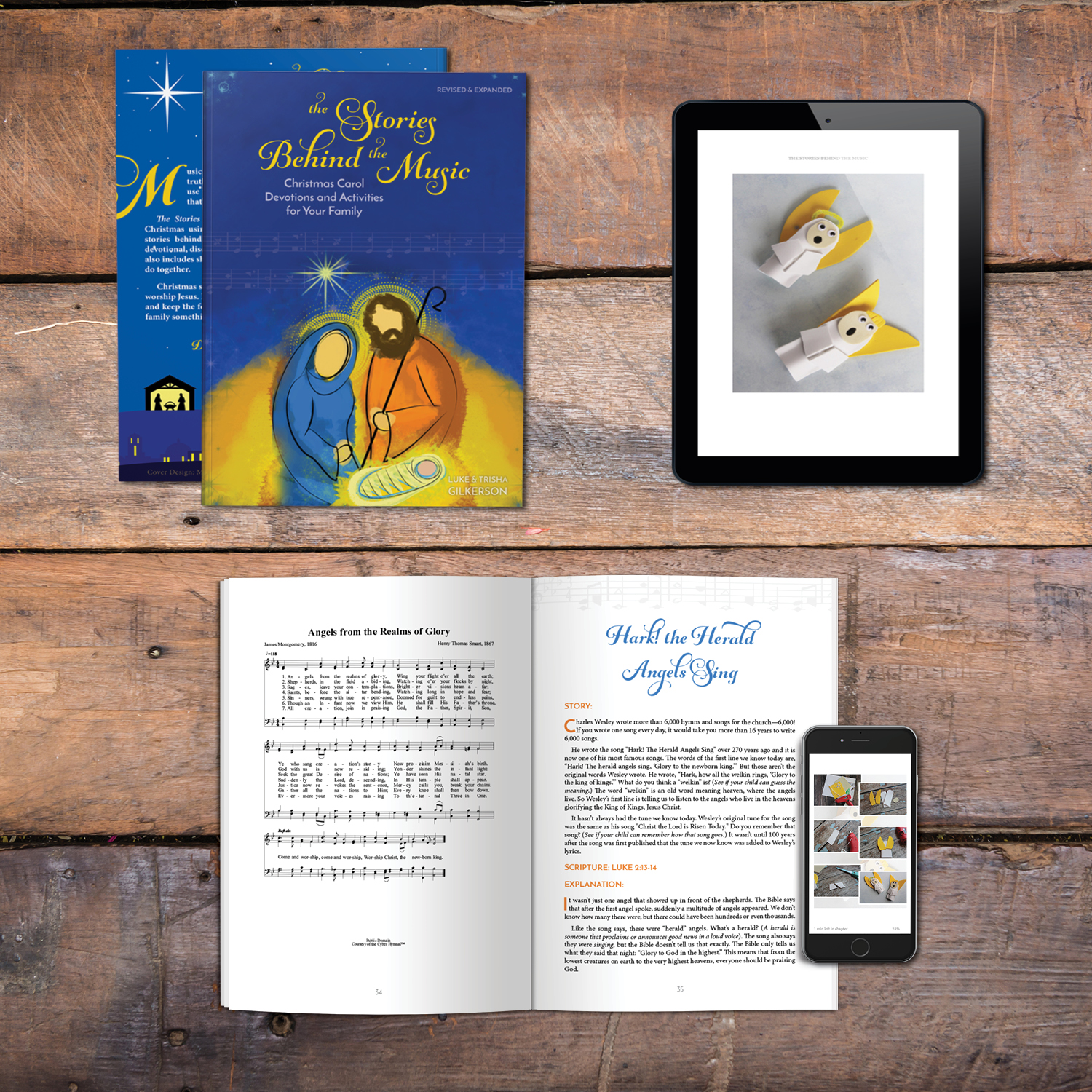 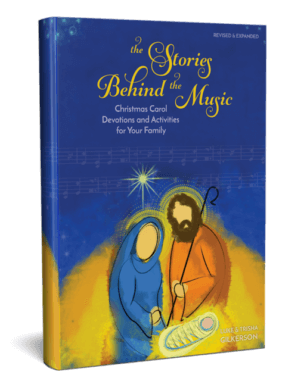 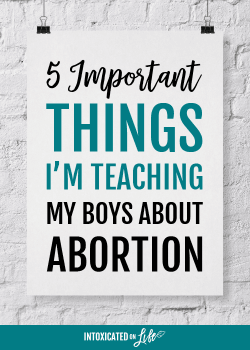 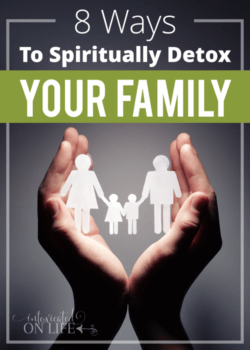 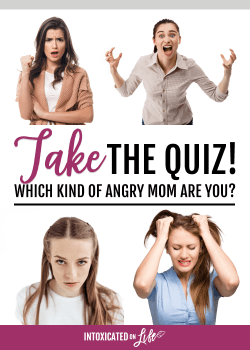