He’s been dubbed America’s Unluckiest Olympian. During the Olympics of 2004, Matt Emmons held a three point lead in rifle shooting and was guaranteed the gold.

With one bullet left to shoot, all he needed was a 7.2 to gain his second gold medal. He aimed…fired…bull’s eye! 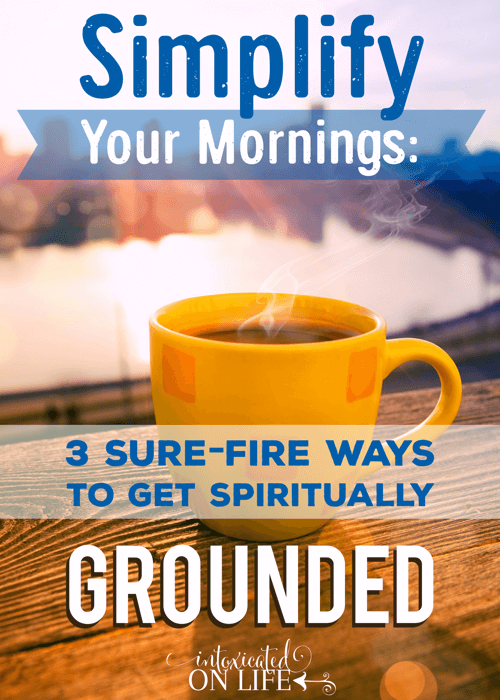 Except he hit the wrong target. He had cross-fired, mistakenly aimed at a competitor’s target.

He was awarded a score of zero.

Instead of the gold, he finished last.

Matt learned the hard way that you can nail a target but miss the gold. Thing is, we can do the same thing.

Each morning when you wake up, you are like a sharp shooter. You are tasked with the responsibility of setting your sights on what’s most important, on what is ultimate, on what will qualify you for the win.

If you are like me, a hundred and one things start calling for your attention within mere seconds of waking. The to-do list, the kids, the smartphone, the clock, social media, they are all there telling us what to do. We can be like Matt Emmons, nailing whatever we aim at…but missing the target that counts.

What would happen if, each morning when the push and rush began, we already knew what our first and greatest target was? What if we remembered our bull’s eye, focused our sights on it, tuned out the distractions, and aimed our first moments of the day at the big black center that brings the win?

It is possible and we’re going to see how.

When we first open our eyes in the morning, we wake hungry. We are stomach-hungry for food of course; but that growling stomach reflects a soul hungry for unseen things like meaning, purpose, approval, stimulation, and direction. One reason why so many people reach for the smartphone first thing is that it’s a way to fill the hunger.

We just start stuffing stuff in.

We wake up craving satisfaction. Yet the greatest hunger we have is not for information or food but for glory. We were born with a glory tank that only seeing and tasting it—experiencing it—can satisfy. Moses knew his hunger well when he cried out to God, “Show me Your glory!”

Until we too understand that glory is our greatest hunger, we’ll be prone to confuse this hunger for other things and in so doing, substitute lesser glories for the glory of God.

Romans 3:23 says we have all fallen short of the glory of God. We have all settled for lesser glories than the One Glory that enthralls, satisfies, transforms, and exceeds all expectations.

“I saw more clearly than ever that the first great and primary business to which I ought to attend every day was, to have my soul happy in the Lord. The first thing to be concerned about was not how much I might serve the Lord, how I might glorify the Lord, but how I might get my soul into a happy state, and how my inner man might be nourished. For I might seek to set the truth before the unconverted, I might seek to benefit believers, I might seek to relieve the distressed, I might in other ways seek to behave myself as it becomes a child of God in this world; and yet, not being happy in the Lord, and not being nourished and strengthened in my inner man day by day, all this might not be attended to in a right spirit.”

Glory is soul food. It is satisfaction. As Müller says, it is how to get your soul into a happy state.

Seeking lesser glories is like being content with Doritos for breakfast when we could be having steak, eggs, hashbrowns, and all the fixins.

So humor me a bit because I have to ask it. Are you eating Doritos for breakfast?

Once we understand glory is the hunger that needs to get satisfied each morning, we are well on our way to simplifying our mornings and shooting to win. So let’s look at how we can get that glory tank filled to overflowing.

3 Ways to fill the glory tank each morning

Second Corinthians 3:18 says, “And we all, who with unveiled faces contemplate the Lord’s glory, are being transformed into his image with ever-increasing glory, which comes from the Lord, who is the Spirit.”

The first way to get your glory tank filled is by seeing glory in Scripture. Develop a taste for it. Learn to recognize it and feed on it. If you do not have a Bible reading plan, I recommend the The One Year Bible

Second Chronicles 7:1 tells us what happened after Solomon called out to God in prayer, “As Solomon finished his prayer, fire came down from heaven and consumed the burnt offering and the sacrifices, and the glory of the Lord filled the temple.”

God responds to our genuine cries for His blessing. Just as He revealed Himself to Moses, He promises to reward us when we seek Him (Hebrews 11:6). So let’s start asking!

Again from II Chronicles, “When the trumpeters and the singers were to make themselves heard with one voice to praise and to glorify the Lord, and when they praised the Lord…then the house of the Lord was filled with a cloud, so that the priests could not stand to minister because of the cloud, for the glory of the Lord filled the house of God” (5:11-14).

Praise brings down the Glory of God. Scripture tells us God inhabits the praises of His people. We are pretty good at corporate praise but have you considered incorporating it into your morning time with God? Try it and see if it doesn’t fill your Glory tank!

We’ve talked about our greatest hunger and given some practical suggestions on how to get that hunger satisfied each day. I’ll leave you with one final tool. If you’d like to simplify your mornings by establishing a glory habit, purchase a cheap dart board or target. Make sure it is one you can write on.

Then, hang or place it near your bed, somewhere you can see it easily when you get up, as a reminder of your ultimate target each morning. Then make the choice to focus on glory first through scripture, prayer, and praise. Make it your habit to be soul happy in the Lord. Nail it at the target that matters most. 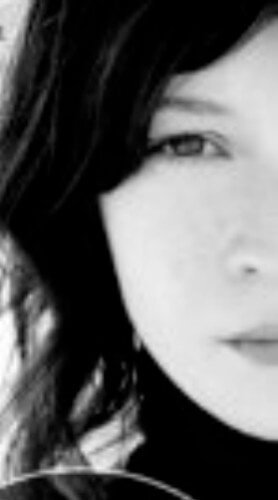 Arabah Joy is wife to Jackson, adoptive and biological mom to 4 little ones, and missionary to East Asia. Her adventures span far and wide, from eating pig snouts to giving birth in three different Asian countries. Mostly though, she is a broken woman redeemed by grace. She has written several books including the 40 day devotional, Trust Without Borders

. You can find out more and connect with her at ArabahJoy.com. 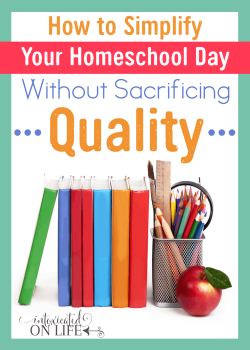 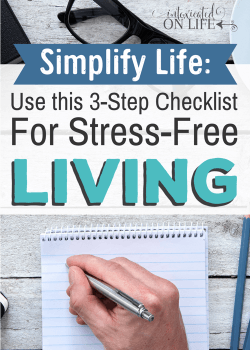 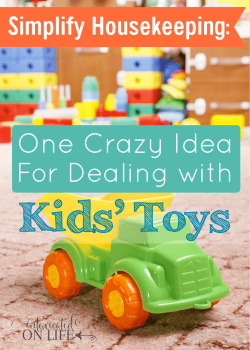