“I will not call it my philosophy; for I did not make it. God and humanity made it; and it made me.” – G.K. Chesteron

The Apostles’ Creed is one of the most used confessions of faith in the global church. History tells us a lot about why the Creed is so important and why it is a great tool for teaching our kids. 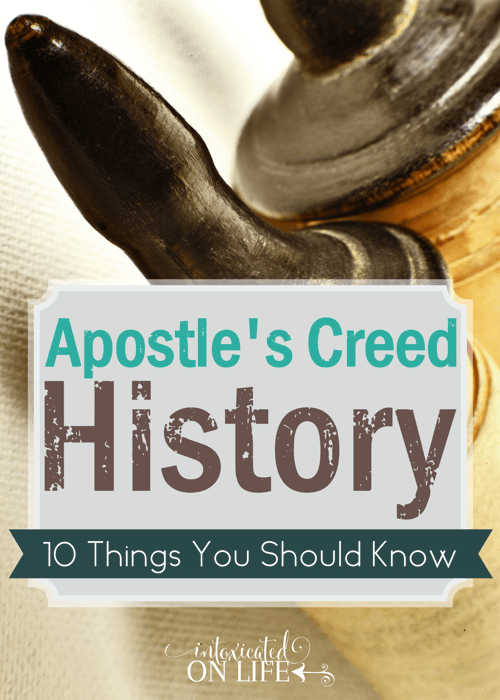 1. As far as we know, the Apostles’ Creed was not written by the apostles.

It was believed throughout the Middle Ages that, on the day of Pentecost, the twelve Apostles were inspired by the Holy Spirit to pen the Apostles’ Creed—each Apostle contributing one of 12 articles. In the late 4th century, Ambrose, the Bishop of Milan, vaguely mentions this idea, stating the Creed was “pieced together by twelve workmen.” Soon after, Rufinus of Aquileia wrote something similar, stating the Creed was the joint work of all the Apostles on the day of Pentecost. By the sixth century, the complete legend had developed.
This story, as far as church historians can tell, is unhistorical. It is a legend that gave credence to the use of the Creed in the church. While the apostles wrote creedal statements in the Scriptures (1 Corinthians 15:3-8, Ephesians 4:4-6, 1 Timothy 3:16, Philippians 2:6-11) and passed sacred oral traditions (Romans 6:17; 2 Thessalonians 2:13-15), the Apostles’ Creed as we know it was not formulated by the apostles themselves. Rather, it is one of the earliest formal creeds written by church leaders that summarized the apostles’ teaching.

2. The Apostles’ Creed is based on the “Old Roman Creed.”

In early third century, Hippolytus and Tertullian recorded what would become known as the “Old Roman Creed,” which was used for baptism candidates in the church at Rome. Notice how similar it is to the present day Apostles’ Creed:

I believe in God the Father Almighty;
And in Christ Jesus His only Son, our Lord
who was born of the Holy Spirit and of the Virgin Mary
crucified under Pontius Pilate and buried,
the third day rose again from the dead,
he ascended into heaven,
sitteth at the right hand of the Father,
whence He will come to judge the living and the dead.
And in the Holy Spirit,
the holy Church
the forgiveness of sins,
the resurrection of the body.

This practice of recite the Old Roman Creed before baptism spread to other churches and became a widespread practice in the church.

3. The Old Roman Creed was based on the “Rule of Faith.”

Early church fathers, formulated what they called the “Rule of Faith” (Regula Fidei), meaning a “measure” or “ruler” or orthodoxy. In the second and third centuries, this Rule of Faith was also called “the tradition,” “the preaching,” and the “Rule of Truth.” Church father Origen described it as “the teaching of the church preserved unaltered and handed down in unbroken succession from the apostles.”

This “Rule” was passed on via oral tradition, and while it varied in form, the core of this Rule was similar from church to church. In the late second century, Irenaeus was the first to record a version of the Rule of Faith in written form:

…this faith: in one God, the Father Almighty, who made the heaven and the earth and the seas and all that are in them; and in one Christ Jesus, the Son of God, who was made flesh for our salvation; and in the Holy Spirit, who made known through the prophets the plan of salvation, and the coming, and the birth from a virgin, and the passion, and the resurrection from the dead, and the bodily ascension into heaven of the beloved Christ Jesus, our Lord, and his future appearing from heaven in the glory of the Father to sum up all things and to raise up anew all flesh of the whole human race…”

Similar creedal traditions are found in various forms and are discussed in the writings of others like Justin Martyr, Tertullian, and Origen. The oral tradition that contained these core truths is possibly as old AD 100.

4. The Creed, in its earliest written form, appears to be a refutation of gnosticism.

Gnostic heresies were common in the church of the second century, and almost every line of the Apostles’ Creed refute gnostic ideas. Gnostics believed the physical universe was evil, therefore God did not create it and God would most certainly never become a man in human history. They believed salvation was not a matter of forgiveness but enlightenment, and that saving truths were meant for a select and secret few, not a universal church. The Apostles’ Creed directly denies these ideas.

Because Jesus commanded his apostles to baptize in the name of the Father, Son, and Holy Spirit, it is not surprising that early baptismal confessions were later written using this formula. The Old Roman Creed is laid out with this formula in mind: the Father as creator, the Son as redeemer, the Spirit as the one who sanctifies us.

6. The Apostles’ Creed served as the foundation for the Nicene Creed

The Old Roman Creed (which later morphed into the Apostles’ Creed) was the foundation for the Nicene Creed in AD 325. The Nicene Creed was the first creed composed by an ecumenical council of church leaders, and rather than start from scratch, they built on what was then a commonly confessed statement of faith throughout the world.

7. The phrase “descended into hell” was added in the late 4th century.

Writing from northern Italy, Rufinus of Aquileia (AD 354-410) produced his Commentary on the Apostles’ Creed. In this commentary he pointed out the minor differences between the Creed as he knew it and the Creed as it was used in other parts of the world. He noted that the phrase “he descended into hell” was not used in the church of Rome or the Eastern churches but it was used in his church in Aquileia.

While Rufinus was the first to mention Christ’s descent as part of the Apostles’ Creed, the concept was not new to creeds in general or to Christian doctrine. Christ’s descent is mentioned in the Fourth Formula of Sirmium (AD 359) and creeds published at the Homoean synods (AD 359-360). It is also found in the doxology of the Syria Didascalia, the creed of Aphraates of Persia, and some sermons by Jerome.

Aside from formal creedal statements, the concept itself dates back much further. The descent was mentioned by Polycarp, Ignatius, Irenaeus, Origen, Tertullian, and many others.

8. The Apostles’ Creed is one of the three essentials in Luther’s Small Catechism.

Martin Luther published his Small Catechism for Christian families in 1529. He lamented the lack of biblical literacy in his own day, and writing to his bishops he said, “you do not care in the least whether the people know the Lord’s Prayer, the Creed, the Ten Commandments, or any part of the Word of God. Woe, woe, unto you forever!” Luther’s catechism, which includes an explanation of the Creed, is now part of the Book of Concord, the doctrinal standard of Lutheran churches.

9. The Apostles’ Creed is one of the foundations of the Heidelberg Catechism.

In 1563, Elector Frederick III, oversaw the formation of a Reformed catechism for his palatinate of the Holy Roman Empire. As a convert to Calvinism, Frederick appointed Zacharius Ursinus to be a professor in the University of Heidelberg, where he created the first draft of the Heidelberg Catechism. This catechism teaches that all Christians must believe “All that is promised us in the gospel, a summary of which is taught us in the articles of our universal and undisputed Christian faith,” and then it explains the Creed, article by article.

10. The Creed is still used as a confession during baptism in many churches.

Today converts in the Roman Catholic Church, Anglican churches, and Methodist churches still use the Apostles’ Creed as the statement confessed by candidates for baptism.

Study the Apostles’ Creed as a Family 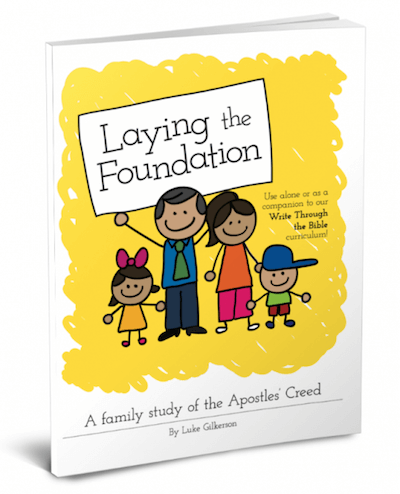 For thousands of years the Apostles’ Creed and its forerunners have served as the basic, foundational truths of Christianity. This is why I wrote Laying the Foundation: A Family Study of the Apostles’ Creed. This 30-day Bible study is a script for parents to use with their kids, walking families through the ideas of the Creed and accompanying Scriptural passages. 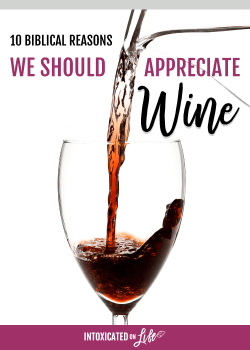 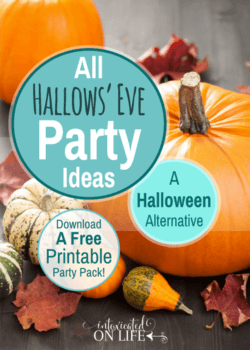