My husband needed to have a work day at our house. I needed to get the kids out because nobody likes crazy screaming kids around while they work. Our first stop was the splash pad.

It was a hot day. As I walked toward the splash pad I saw several moms slathering their kids up with Coppertone and Banana Boat. I cringed a little bit—oh, the toxins.

Everyone approaches time in the sun a little differently. 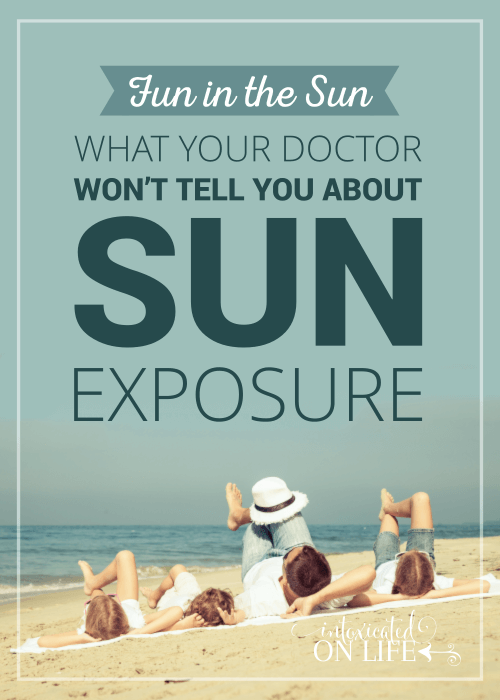 Some just take the doctor’s word for it and keep their kids covered up and coated in a thick coat of sunscreen at all times.

Others swear their granny spent every day outside, got burned plenty of times, but never had any health problems—so what’s all the fuss? Just skip the sunscreen.

And still others have friends who constantly keep covered up and out of the sun but end up with skin caner anyway. Pass the bottle of SPF 75, please.

But we don’t want to base our opinions just on stories and anecdotal evidence. We want to base it on what the research actually says.

4 Things Your Doctor Won’t Tell You About Sun Exposure

With a title like this, you might think I’m “anti-doctor.” But I’m not dissing doctors here. I was extremely thankful for doctors when I was in a 4-wheeler accident recently and they were able to mitigate a potential disaster. A lacerated liver isn’t anything to fool around with!

The fact of the matter is, doctors are often a decade or more behind in what the research says on any given topic. Most doctors simply don’t have the time to keep up with the current research on all of the topics in their given field. It’s a very exceptional doctor that is able to stay on top of the research in their specialty (and they do exist—I’m happy I’ve found a couple of them).

We live in an age where we have access to all of the research they do. We can (and should) be an advocate for our family’s health. We don’t want to simply take the doctor’s word for it. We don’t want to just go on the anecdotal evidence and stories we hear from our friends and family. It’s important we base our action and decisions on the evidence.

Let’s dig into what the the research actually says about sun-exposure.

1. Avoiding the sun increases your risk of an early death 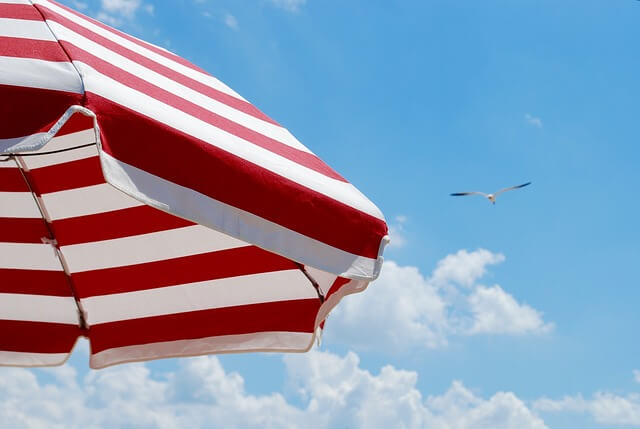 This was the conclusion study published in 2016 —a study that included nearly 30,000 Swedish women. These women were tracked for 20 years. The researchers found that the women in the study who strictly avoided the sun were nearly twice as likely to die early as those who had moderate sun exposure.

But what about skin cancer—melanoma? It was found that the women who were exposed to sun weren’t at any increased risk for malignant melanoma or melanoma-related death.

This study concluded that avoiding the sun was a risk for death on par with cigarette smoking. That’s crazy!

Lest you believe this is just one isolated study. It follows in the heels of another study2 published in 2011 that followed over 38,000 women. This study, likewise, concluded that women who had regular exposure to sunlight had a reduced risk of early death. And what about those women who avoided the sun? Those women had both an increased risk of early death from various causes—including cancer.

A recent article in the Journal of Dermato Endocrinology2 concludes…

Knowing this correlation, more and more doctors are concluding the next point…

Getting a moderate amount of sun exposure not only feels good, but it is in fact good for you! 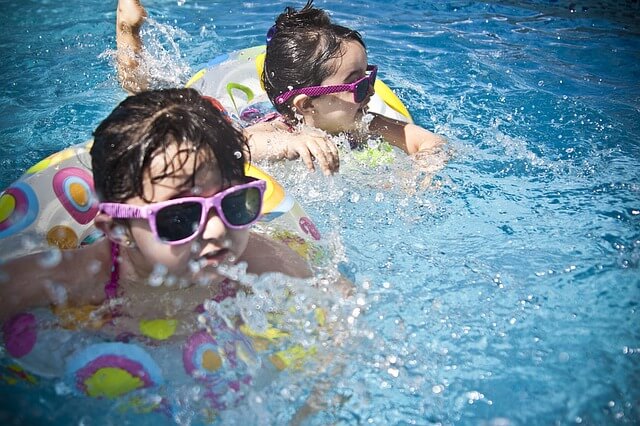 Non-burning sun exposure decreases your chance of melanoma. In fact, long-term sun-exposure seems to protect the skin.16 It’s the lack of sun exposure that may be driving the rates of melanoma up year after year.

And again, while it may seem counterintuitive, studies show3 regular, consistent sun-exposure is associated with increased survival of melanoma.

We’ve been told over and over again how bad the sun is and how it damages our body. But think about just a couple of these benefits…

The reason we feel better when we get out in the sun, is because the sun is doing amazing things for our body.

While moms cover up at the beach with wide-brimmed hats and umbrellas and slather their kiddos with sunscreen, the incidence of skin cancer keeps climbing. In fact, we’ve seen a rapid increase in skin cancer every year even though health officials continue to tell people to avoid the sun. 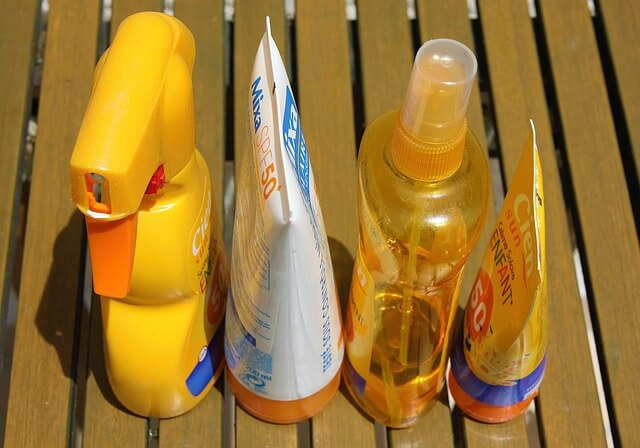 There are in fact, two problems with sunscreen.

Use of sunscreen is a prime example of cutting off your nose to spite your face.

The Journal of Clinical Pharmacology and Therapeutics6 warns,

4. Dietary changes can increase your tolerance to the sun

While it may sound strange, you can actually protect your skin from the inside out. There are some simple dietary changes and supplements you can take that can really boost your body’s ability to protect itself from sunburn! 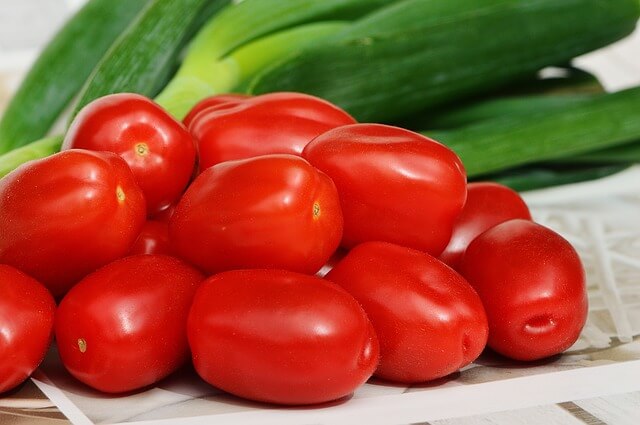 Some of the primary things we want to be sure to do are focusing on an anti-inflammatory diet—avoiding or limiting processed foods, vegetable oil, grains, and sugar. Second, be sure to get plenty of antioxidants in our diet from fruits and veggies (especially those dark leafy greens). And finally, get lots of beneficial fats.

Let’s take a look at some of the specific things, research has found regarding a diet (including supplementation) that offers great skin protection…

So, get out in the sun (gradually) and also supplement if necessary. Here in the north, it’s hard to get our optimal vitamin D from the sun in the dead of winter, so it’s often necessary to supplement to keep our D levels in the correct range. This is the vitamin D supplement we use.

Eat Your Fats (good ones, of course)

One easy and delicious dietary change that can be made is increasing the saturated fats and Omega 3 fatty acids you eat and decreasing your Omega 6 fatty acids.

Research has shown16 that individuals with the highest levels of EPA and DHA were at the least risk of sun damage. There’s also good evidence16 that higher levels of saturated fats are great for skin protection.

So what does this mean in real life? Bring on the coconut oil, butter, palm oil, and lard (well, lard from pastured piggies). Supplementing with fermented cod liver oil with high vitamin butter oil is also a great idea. Be sure to just say no to vegetable oil and canola oil.

Astaxanthin is an antioxidant found in algae and animals that eat algae like salmon and shrimp. There’s also good evidence that it protects again sunburn and is anti-aging.7, 8

If you’re not a big algae, salmon, or shrimp eater, this is a good high-potency supplement to try out (bonus: it also made with coconut oil which is not only good itself for sun protection, but helps with the body’s absorption of astaxanthin).

Cooked tomatoes, for the win!

Lycopene, that substance found in tomatoes has also been shown to give significant protection against sun damage.9

Cooked tomatoes, like tomato sauce or paste, have much better “bioavailability” of lycopene. That is, our bodies can use the lycopene in cooked tomatoes better than they can in raw tomatoes.

Take advantage of all of those fresh garden tomatoes or pick a bushel up at the farmers market and make some tomato sauce and paste to use all through the year. It’s a great way to help keep your skin healthy! 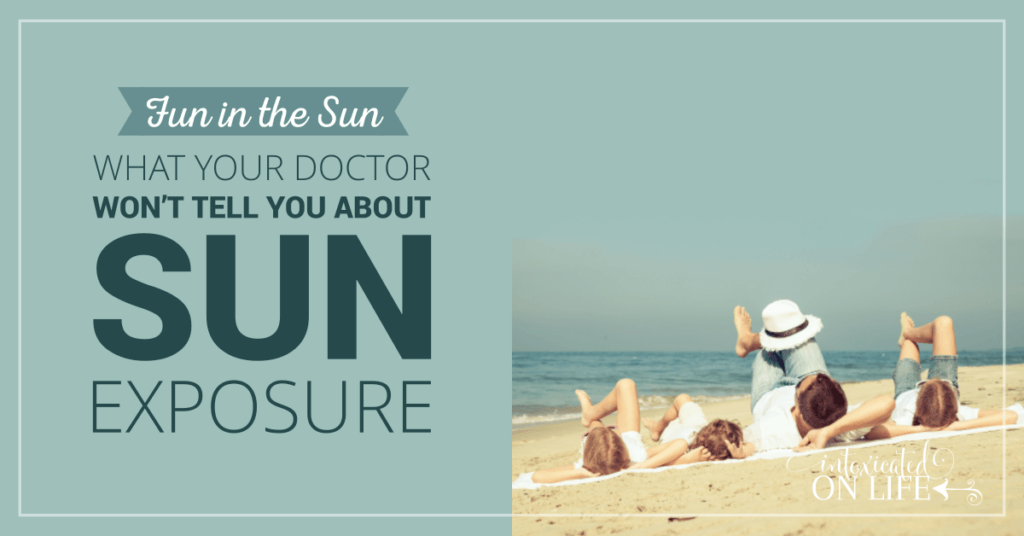 How Much Exposure is Just Right?

Finding the right amount of sun exposure for you (and your family) is a goldilocks endeavor. You don’t want too much—you certainly don’t want to burn and cause damage to your skin. But you don’t want too little either—it’s important to garner the benefits the sun can provide us.

If you are looking to minimize the risk of skin cancer while also optimizing your vitamin D levels and gain access to the cardiovascular and immune boosting benefits the sunlight has to offer, there’s a few things to keep in mind.

And what about the times you’re going to be outside for a longer period of time, enough time that you might burn? For those times, the best option is to keep covered up and try to seek out shade. The next best option is to find a non-toxic, mineral-based sunscreen.

Not sure where to find the best sunscreen options. Don’t worry, we’ve got you covered! We’ll be publishing an easy DIY option and for those that have no interest and making it themselves, I’ll be providing you with a list of the top 10 sunscreens you can grab at the store.

Moral of the Story…

Don’t be a hermit. Get yourself and your kids outside every day and reap all the amazing benefits the sun has to offer! 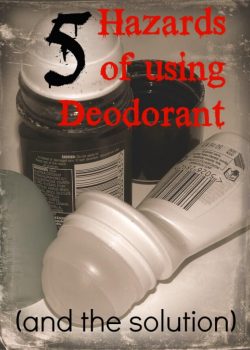 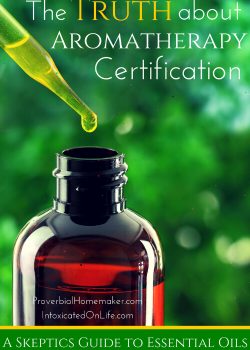 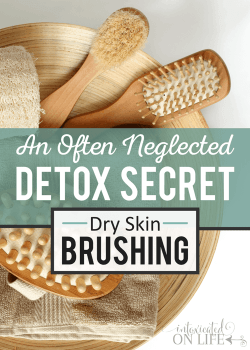