Do you teach kids the Apostle’s Creed in your home?

About once a month, my church partakes of the Lord’s Supper, and when we do, we recite the ancient Apostles’ Creed together. Even my 5-year-old twins know it by heart.

Many Protestants are unfamiliar with the Apostle’s Creed. Others are offended by it—not so much because of what the Creed says, but the recitation of any human-written creed at all.

Should we even bother with the Apostles’ Creed today? Why should we teach kids the Apostle’s Creed? 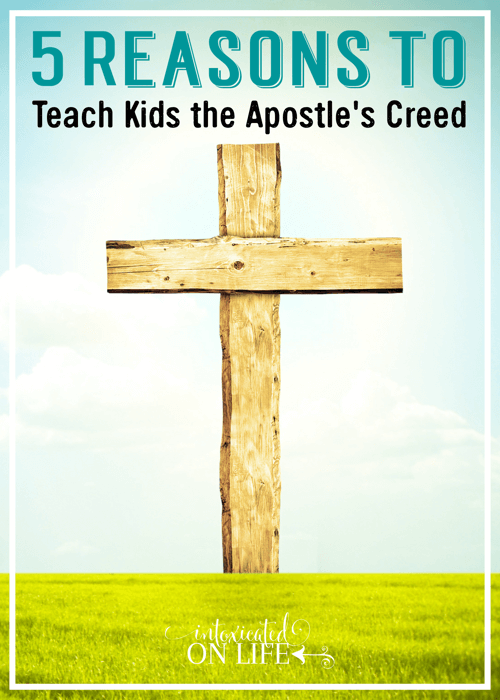 I find it ironic we even need to be persuaded about this. The Apostles’ Creed is one of the oldest Christian creeds, confessed by believers as a summary of the faith for more than 1600 years.

I know parents who would painstakingly teach their children to memorize Bible verses, math facts, Latin vocabulary, and famous speeches, but would find the Apostles’ Creed a waste of time.

Why We Should Teach Kids the Apostle’s Creed:

1. It teaches our kids that Christianity is “confessional.”

For the last couple hundred years, American Christianity has by-in-large moved away from the importance of creeds. In the interest of unity, some in the American Church want to be minimalists when it comes to doctrine. “Doctrine divides. Mission unites,” they say. Or, “No creed but Christ, no book but the Bible.” (Never mind that “no creed but Christ” is itself a kind of creed, but we won’t get into that now.)

This was not the attitude of Christ’s Apostles. The Apostles did not just write sacred Scripture; they also summarized essentials of the gospel in creeds. Examples include 1 Corinthians 15:3-8, 1 Timothy 3:16, and Philippians 2:6-11. Even the central confession of faith, “Jesus is Lord” (Romans 10:9), is a type of creed.

The Apostles taught the church to be confessional: to provide believers with formal, verbal summaries of the faith. When we teach kids the Apostles’ Creed, it continues that tradition.

2. The Creed connects our children to their Christian heritage.

The early church fathers, following in the footsteps of the Apostles, formulated what they called the “Rule of Faith,” a summary of essentials of orthodox belief—a summary they believed was passed down by the apostles themselves. For the early church, this was vital in a time before the canon of Scripture was formalized.

This “rule” was passed on via oral tradition through the second and third centuries, and while it varied in verbal forms, its content was essentially the same in churches everywhere: God created the world, Christ is the Son of God, born of the virgin Mary, born a real human being, lived in the time of Pontius Pilate, was truly killed by crucifixion, buried, and was raised to new life by the Father; he ascended to heaven and sits at God’s right hand; and he is coming against to judge the world and grant Christians eternal resurrection life.

The Old Roman Creed, codified in the late second or early third century, is a formal version of the Rule of Faith, and this eventually morphed into what we know as the Apostles’ Creed.

When we teach kids the Apostle’s Creed and have them memorize it, we can teach them that these are the truths our Christian ancestors lived and died for.

3. It teaches our children to value tradition and church history.

Many in today’s culture devalue the history of the early church. But as Christians, we should celebrate tradition.

Far from being a cold, lifeless text, church historian Philip Schaff says the Apostles’ Creed “is not a logical statement of abstract doctrines, but a profession of living facts and saving truths. It is a liturgical poem and an act of worship.” 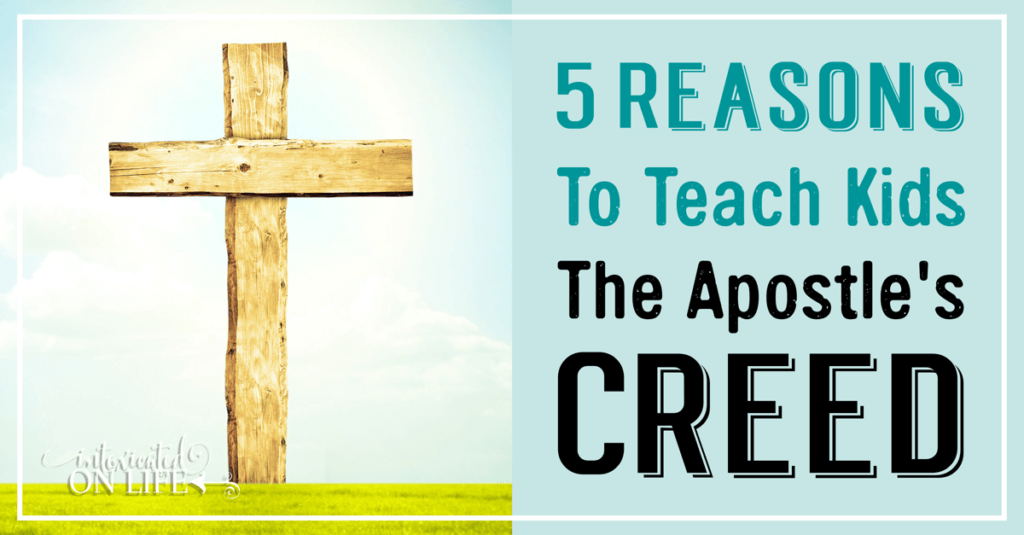 4. The Creed has historically been foundational instruction for Protestants.

Confession of the Apostles’ Creed in the Roman Catholic Church is common, but it far from just a “Catholic thing.”

Luther said of the Apostles’ Creed, “Christian truth could not possibly be put into a shorter and clearer statement.” John Calvin set the Creed to music so it could be used for public worship. John Wesley called the Apostles’ Creed a “beautiful summary” of the essential truths of our faith, and when writing the evening prayer service for Methodists, he included the recitation of the Creed.

5. It gives our children essentials of the faith.

Creeds remind us that there are some beliefs worth fighting for. We should strive to rightly interpret and believe all God has revealed, but creeds help us to remember there are matters of “first importance” (1 Corinthians 15:3).

Most creeds are formed in times of heresy. As heretical sects arose in the church, the church fathers would point to the traditions passed down to them by the Apostles—and of course the New Testament writings of the Apostles—to crush heresies that were threatening the gospel.

Orthodox creeds like the Apostles’ Creed give our children accurate summaries of the essentials. And as heresies arise today, our children will be more equipped to say, “This is not what I was taught. This is not the faith handed down to us from Christ.”

This is why we should teach kids the Apostle’s Creed: it states in simple, Scriptural language the essential facts of our faith as God has revealed them, from the creation of the world to eternal life in the world to come. 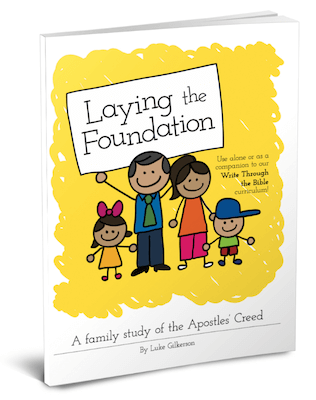 I love the Apostle’s Creed, which is why I created a Bible study based on the creed for my own family: Laying the Foundation: A Family Study of the Apostles’ Creed. It includes 30 devotional lessons to teach your children the Creed, line by line, thought by thought.

Also, as a part of our Write Through the Bible series, we have a series of handwriting workbooks, available in ball-and-stick, manuscript, and cursive fonts, so you can use the Creed for handwriting practice.

I believe in God the Father Almighty,
Maker of heaven and earth.
And in Jesus Christ, His only Son, our Lord;
Who was conceived by the Holy Ghost;
Born of the Virgin Mary;
Suffered under Pontius Pilate;
Was crucified, dead and buried;
He descended into Hell;
The third day He rose again from the dead;
He ascended into heaven;
And sits at the right hand of God the Father Almighty;
From whence He shall come to judge the quick and the dead.
I believe in the Holy Ghost;
The Holy catholic Church, the Communion of Saints;
The Forgiveness of sins;
The Resurrection of the body;
And the life everlasting.
Amen. 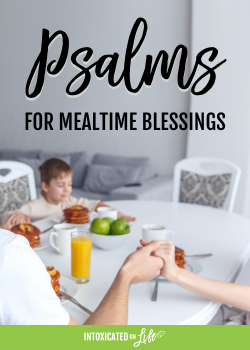 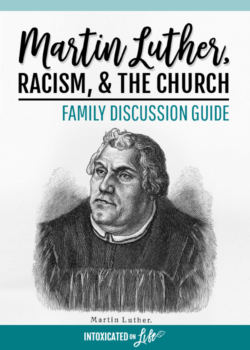 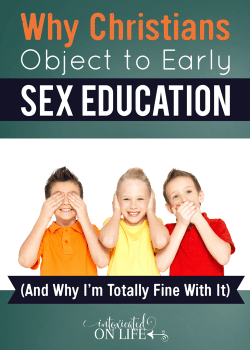